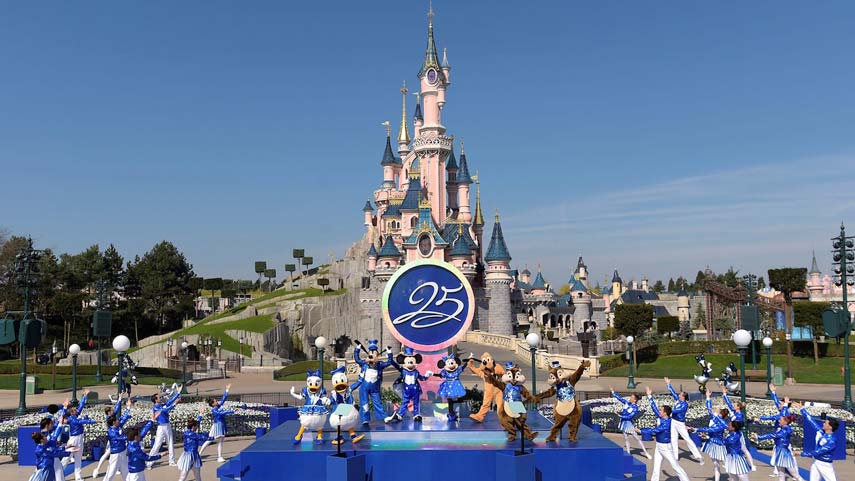 Today marks the 25th Anniversary of Disneyland Paris and the park is celebrating all day long. Euro Disney, as Disneyland Paris was known when it opened, officially opened its gates on April 12, 1992. The park is full of guests today who want to celebrate. Additionally there will be events and ceremonies throughout the day.

Paris is six hours ahead of us on the East Coast, so some of the events have already happened. Here’s a live-streamed recording of the kickoff of the grand celebration ceremony. Be sure to stick around to the end when the park’s cast members are all invited to come out and join the celebration.

Okay. That was a lot of characters and I don’t know about you, but I got a little emotional seeing all the cast members come out to celebrate at the end. What a great moment. You can always count on those in Paris to know how to throw a party. Reminds me of some of the celebrations Disneyland used to throw for its anniversaries, but on a much larger scale.

We wish everyone involved with creating Disneyland Paris and making magical memories for guests of the last 25 years a ‘Joyeux Anniversaire.’