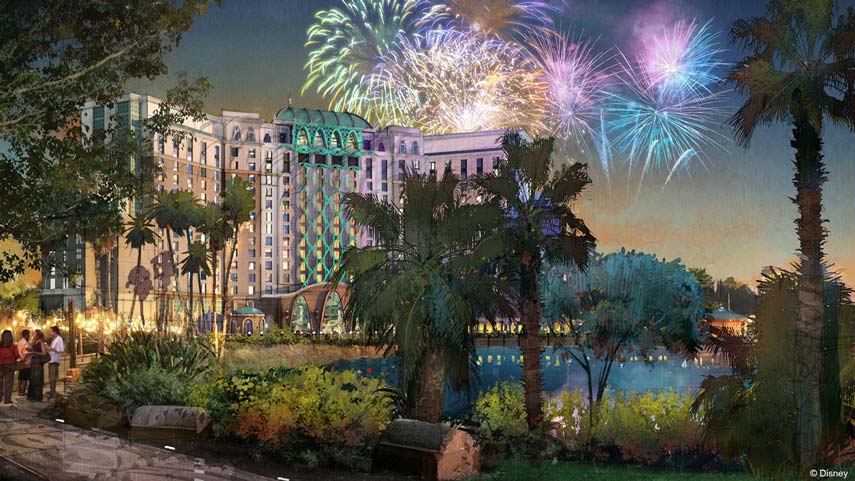 We’re just over a month away from the first paying guests getting a preview of “Pandora – The World of Avatar” at Disney’s Animal Kingdom. With two big attractions and a whole land of immersive environment to explore, everyone is wondering if it is enough to make Animal Kingdom a full day park in the mind of the majority of its visitors.

Normally that would be a lot of expansion for any three years at Walt Disney World. But this is not a normal time in Orlando. The big competitor down the street is building water parks, hotels, and attractions in an effort to strengthen their ability to keep guests on property for multiple days, just as Walt Disney World did in the early 2000s.

Then, to top it all off, the celebration of Walt Disney World’s 50th Anniversary will likely kick off in 2020, a mega-event the company has been preparing for over the last 3-years at least. It’s going to be a crazy few years.

What’s clear is that the theme park industry is changing. Destination travel like WDW (and what Disneyland hopes it can become) means existing business models have to be updated. More a la carte services, more ‘luxury’ level amenities, and higher quality food and entertainment is what the more well-to-do clientele Disney has been marketing to as of late. In this ever inter-connected world, guests really do want to be shut off away from it all with every whim catered to and every need taken care of in advance. The good news is this means a new level of focus on quality and immersive storytelling in Disney’s parks. The bad news is that that the cost will continue to rise and the experience will become more and more exclusive.

The big risk is that as the Disney theme park brand becomes more exclusive, it also becomes less and less a part of the American fabric. It used to be right up there with Baseball and Apple Pie, now it’s moving more into the realm of Four Seasons and luxury cruises. Profitable for sure, but not the same Disney we’ve known for the last 60 years.

Alright, that’s the set up. Let’s talk about the rumors that are on the table.

Walt Disney World plans to make serious hay out of its 50th anniversary. We’re starting to hear some of the plans leaking out via the grapevine. Expect something promotional like ‘50 new things for the 50th’ where attractions and other experiences get plussed with new scenes, additional characters, or even upgraded soundtracks. This will range from big (new attractions at EPCOT) to small (an update to one of the scenes in Peter Pan). There will be a character forward focus to the event (similar to Limited Time Magic offerings, but larger as befitting a 50th anniversary). Also expect a lot of glitz and gold.

So what are some of the ‘50 things’? One rumor has Disney planning a Disney character driven replacement for the new “Rivers of Light” show at Disney’s Animal Kingdom. EPCOT’s World Showcase will finally get a new country pavilion. The leading contender is Spain, which will be sponsored by a few large businesses based in Spain and have a ride tied to the upcoming Walt Disney Animation Studios film “Gigantic.”

As has been long rumored, France will get a version of Paris’ Ratatouille attraction. Expect Mexico to get some ‘Coco’ enhancements to help promote that movie from Pixar (although I would expect this sooner rather than later).

One of the ideas for EPCOT is adding a TRON coaster like was installed at Shanghai Disneyland. As mentioned in our Disneyland Rumor Update, Walt Disney Imagineering plans to buy two of the coasters at once and build a duplicate at Disneyland, but theme it to Marvel Avengers. At Walt Disney World, the leading contender is at the Magic Kingdom replacing the Tomorrowland Speedway (or possibly outside the berm near Space Mountain), but personally, I’d like to see it at EPCOT in a pavilion tied to artificial intelligence, augmented reality and virtual reality.

The reason Magic Kingdom is a prime candidate for the TRON Coaster is Imagineering’s desire to update Tomorrowland. With so much stuff already planned through the 50th that might have to wait. But giving Magic Kingdom a new coaster would help balance out the parks in terms of each park getting something new.

Magic Kingdom is also expected to receive a new night time fireworks show and electrical parade for its 50th Anniversary. However, I’ve heard very little about what either of these will be.

Outside of the Star Wars attractions and Toy Story Land, one of the interesting rumors for Disney’s Hollywood Studios is a second Muppets attraction for the developing Muppets Courtyard area of the park. There’s a space in what used to be the ‘Streets of America’ that would be perfect for a spinner attraction, one ride type that Hollywood Studios currently lacks (although it’s getting something similar with the Little Green Alien ride in Toy Story Land).

We’re expecting to learn the new name for Disney’s Hollywood Studios soon. Rumors are that Disney will reveal the new name and an additional attraction or two coming to DHS at this summer’s D23 Expo. Although “Disney’s Hollywood Adventure” is the leading candidate, my hope is that with the new name comes a new overall theme for the park. Something that would accommodate the addition of another large themed area (my hope is for the Pirates Cove concept they built in Shanghai Disneyland although Cars-Land like they have at Disney California Adventure has been the leading candidate for a while).

Another rumor we’re close to having officially announced are the new Gondola aerial tramway routes that will connect EPCOT and Disney’s Hollywood Studios to Caribbean Beach Resort and the Pop Century / Art of Animation complex. We discussed the latest updates earlier this month.

Moving to the Walt Disney World resorts, there is a lot of pressure to keep up with increased demand for hotel rooms. The resorts have been hovering at near 90% occupancy for the last few years when something in the 76% range is usually considered full occupancy. These new rooms will be built at existing resorts and include a mix of Disney Vacation Club, luxury level rooms, and normal rack rooms. With all the new attractions coming between now at the end of the 50th Anniversary, demand for rooms should stay high for the foreseeable future (unless outside economic forces change).

Disney World has already announced a new tower at the business convention friendly Coronado Springs Resort. There are permits already filed that lead indicate a tower will be added at Caribbean Beach Resort as well. I would not be surprised if Port Orleans and Pop Century / Art of Animation also tried to squeeze in some more rooms soon.

One of the results of all this expansion within existing Disney resorts, is that there will be no clear distinction between resort levels. Value will blend into Moderate and Moderates will have many rooms that are as pricey as Deluxe. I expect Disney to stop using those terms in the not too distant future.

I like to end these long rumor posts with a few thoughts on how to know which rumors to believe. Often times rumors start as educated guesses from people who put 2 and 2 together (usually from official sources or filings for construction permits) and hope they make 4. Other times, factions within the Disney Company leak their project ideas to fans in hopes of building community support as leverage for why their project should get the greenlight over a competing idea. Since being on a project is important to job security at WDI, you can see why this happens. Finally, there are just the random rumors that some Disney fan starts because they can.

When we share rumors on The Disney Blog we almost always try to find two sources for rumors before publishing. Mostly our rumors are of the 2+2=4 variety and we hope we don’t end up with any fake rumors, but it’s hard to avoid. So take everything with a large grain of salt and realize that even though WDI may have a scale model of an existing attraction already built and in their showroom, that doesn’t mean it will get the greenlight (see the Land of Oz project that was shelved after the “Oz the Great and Powerful” movie failed to launch a franchise of films).

The parks and resorts are huge cash engines for The Walt Disney Company. The company needs to keep spending at a certain level to keep guests returning and the money flowing in. The question is how much money and how soon. There are a lot of ideas on the table post the opening of the Star Wars themed land at Disney’s Hollywood Studios, and I’m sure there’s a lot we don’t know about. But we’ll definitely keep our ears to the ground to see what future rumors surface.

What of the above are you most excited about coming to Walt Disney World?