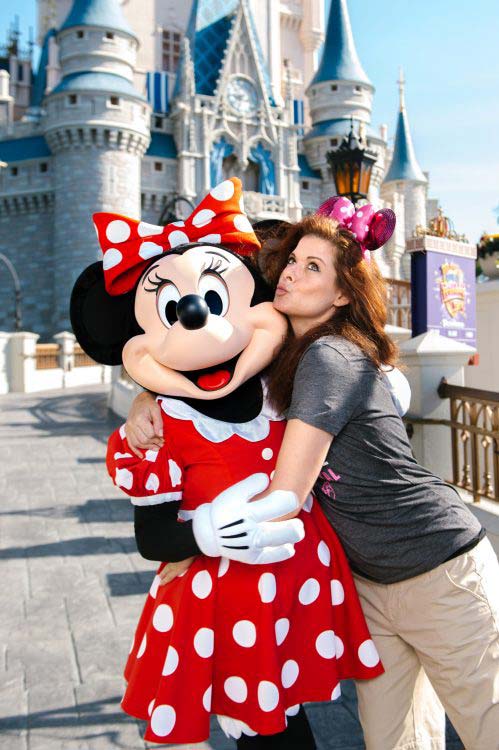 Actress Debra Messing had a smashing good time while on vacation at Walt Disney World with her family. She’s pictured here stealing a kiss from Disney’s own royalty Minnie Mouse. Messing says she hasn’t seen Minnie Mouse since she was a kid. I think we can all agree that’s way too long.

0 to 60mph in 2.5 seconds. Thought I was going to DIE. But ya know, I did it! I hung in there for every ride. I wore my neck brace for extra precaution and style. I particular love my T-shirt. “GIRLS JUST WANT TO HAVE FUNdamental Rights!” ?? #weDidDisney #rocknrollercoaster #coolmomssayYES!

Not sure what’s up with the neck brace, but I’m predicting right now that soon everyone will be wearing them as the latest fashion choice on all roller coasters. Glow with the show versions can’t be far behind.