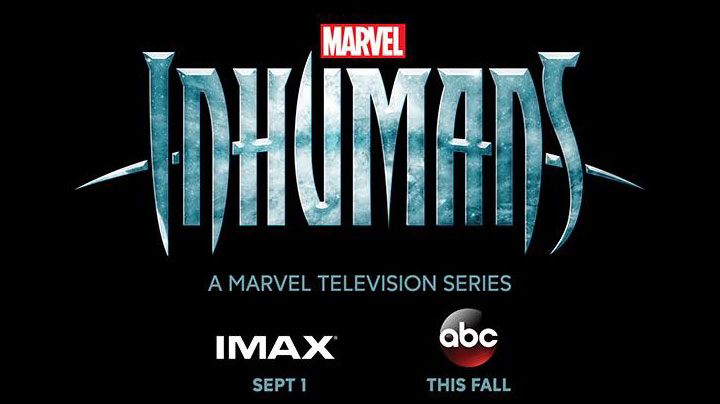 Marvel is set to introduce the Royal Family of Inhumans in the biggest way possible – on the giant screen of IMAX cinemas. The first two episodes of the new series will premiere starting September 1st on IMAX screeens with the following 8 episodes airing on ABC this fall.

“Inhumans” is taking the place of Agent Carter. A short episode that takes up the space between two seasons of Marvel’s Agents of SHIELD.

Marvel’s “Inhumans” explores the adventures of the ‘royal family’ including Black Bolt, the enigmatic, commanding King of the Inhumans, with a voice so powerful that the slightest whisper can destroy a city.

Filming for the show has been spotted in Hawaii complete with the giant ‘dog’ Lockjaw.

It’s an interesting idea to dry and drum up excitement for the new series by filming in IMAX format and releasing it into theaters. In a time when many households have a choice of cable TV, over the top apps, or just downloading whatever they want off the internet, it looks like Disney is really looking for new ways to build an audience. The question is, will it work? Will it attract you into the theater?

The show will be in IMAX theaters for two weeks before it moves to TV. No word yet on the price for a ticket.