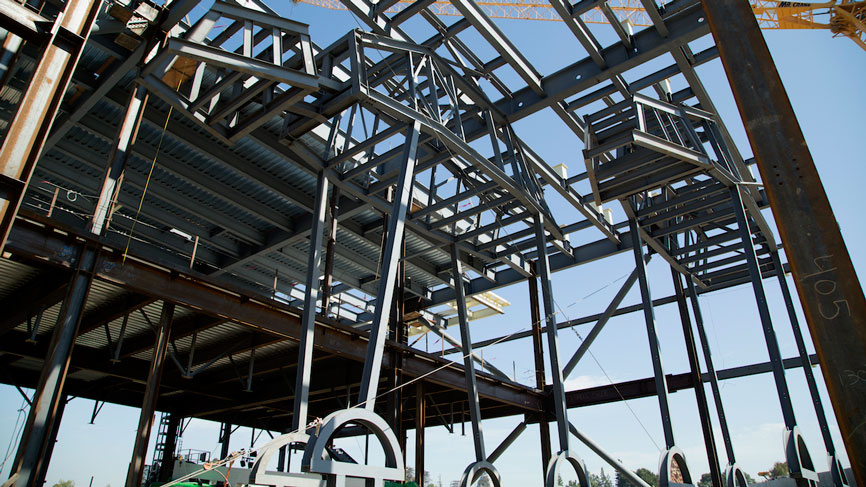 Disneyland is in the middle of construction on its 14-acre Star Wars themed land. When it opens in 2019, it will bring the alien and droid filled world from a Galaxy, Far, Far Away to happy Disney fans in Anaheim, CA.

The land will feature shops, stores, and restaurants filled with everything you’d expect to encounter in Star Wars and two main attractions. The first will take guests aboard the Millennium Falcon where they get to pilot the famous smuggler’s ship on a secret mission. The second will feature a battle between the First Order and the Resistance.

Part of the land will even feature a pair of towering AT-AT Walkers (as seen on the ice planet Hoth and the Rogue One setting of Scarif). Construction on their shells has already begun and it was becoming obvious to guests who know where to look.

Today Disneyland released a quick video acknowledging that the steel structures would in fact become AT-ATs when the land opens.

While it’s too early for an exact date for opening, Disneyland’s construction is about 6-9 months ahead of Walt Disney World’s Star Wars Land. So while it’s possible that both will open in 2019, one will open early and the other late.

Next question is when are we going to learn the name of the land? Since the Disneyland expansion will open after Episode VIII – The Last Jedi but before Episode IX, It’s likely that the land will be based off of a planet in Episode VIII where the battle takes place. Any guesses?