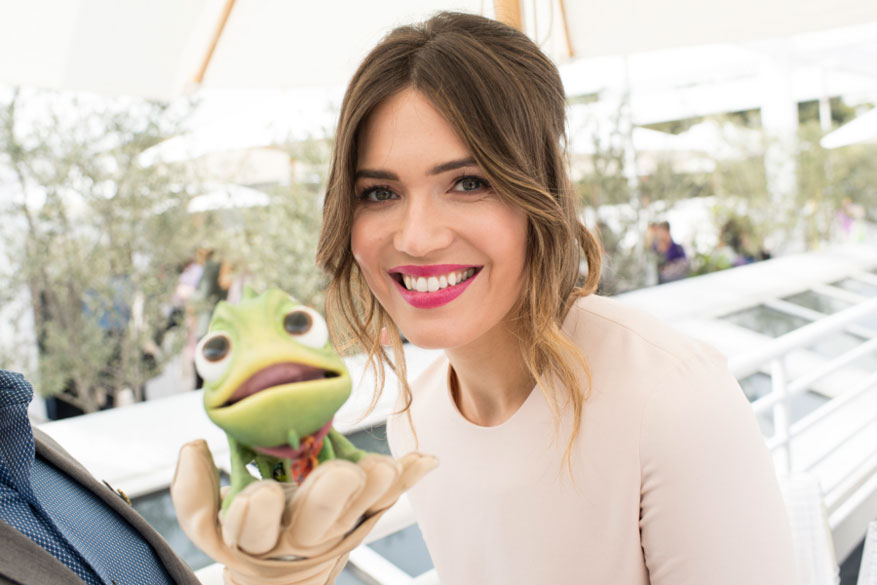 Mandy Moore, currently starring in NBC’s “This is Us,” and the voice of Rapunzel in the new Disney Channel Original MOvie “Tangled Before Ever After,” shared this photo of her visit today to Walt Disney World on Twitter. Here Mandy is posing with Rapunzel in front of Cinderella Castle.

Come on. It's not a day at @WaltDisneyWorld without a quick pic with my pal Rapunzel. pic.twitter.com/rXNKhFSlbR

She even stopped to take a selfie with a fan or three:

HELLO I met @TheMandyMoore today she's an angel and SO pretty ? pic.twitter.com/9hh5TIjEob

Moore was in Orlando to film a segment with the crew from ABC’s The View.

“Tangled Before Ever After” premieres as a Disney Channel Original Movie on March 10th. Later “Tangled: The Series” will begin its first season of March 24th on The Disney Channel. Moore, of course, provided the voice of Rapunzel for Disney’s “Tangled” animated feature.

previousRobert Osborne, Host of TCM and the Great Movie Ride, dies at 84
nextHow DisneyNature partnered with Disney’s Animal Kingdom for “Rivers of Light”