Pirates of the Caribbean: Dead Men Tell No Tales – Trailer A new trailer for Disney’s “Pirates of the Caribbean: Dead Men Tell No Tales” is distinctly in the spirit of the best of the first four films in the franchise. This one begins with a focus on the backstory of the Spanish captain (played by Javier Bardem) whose mission it is to eliminate Pirates, including one in particular – Captain Jack Sparrow.

And, of yeah, ghost sharks:

I’m fascinated with the ‘Disney’ logo with the Pirate castle. 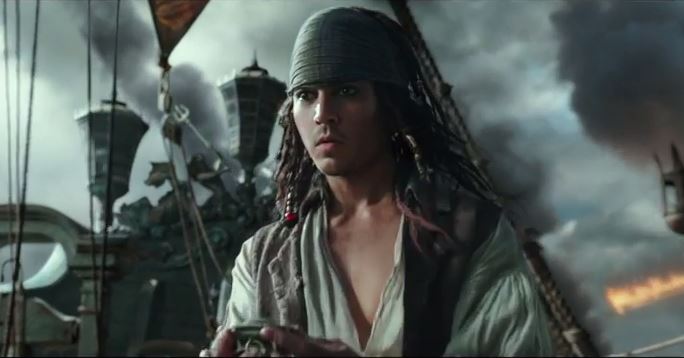 Otherwise, let’s hope that all the good parts of the movie aren’t in the trailer. If it continues to capture the spirit of the previous four movies, and it looks like it has, there should be good things ahead at the box office.

1 thought on “Pirates of the Caribbean: Dead Men Tell No Tales – Trailer”

previousHow Rogue One Should Have Ended – The Parody Video
nextTRON 3 teased by director Joseph Kosinski in Q&A after Screening of Tron: Legacy