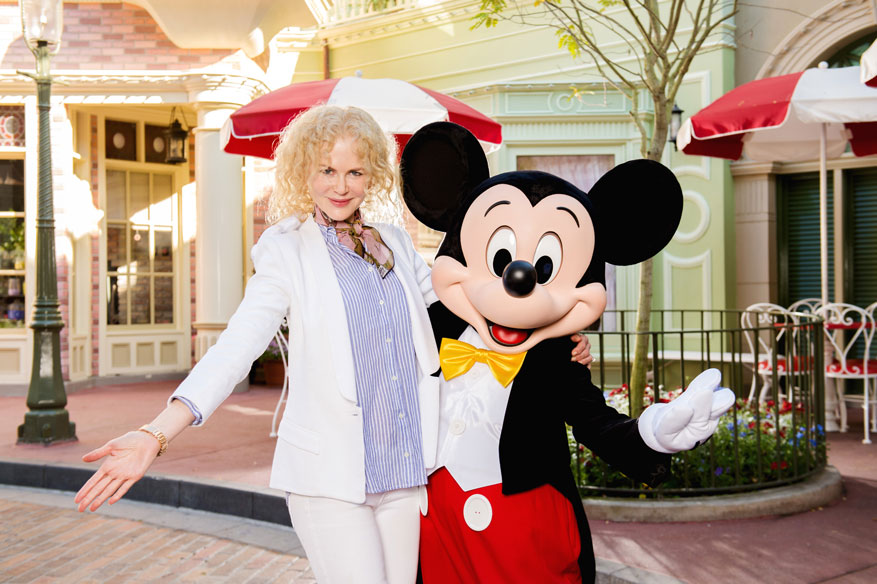 Academy Award-winning actress Nicole Kidman strikes a pose with Mickey Mouse on Monday, Feb. 20, 2017, at the Magic Kingdom. Kidman was taking a break from her promotional tour for “Lion.” She has been nominated for a ‘Best Supporting Actress’ Oscar for her role in the film. This is her fourth nomination for an Academy Award. Meanwhile “Lion” is up for Best Picture.