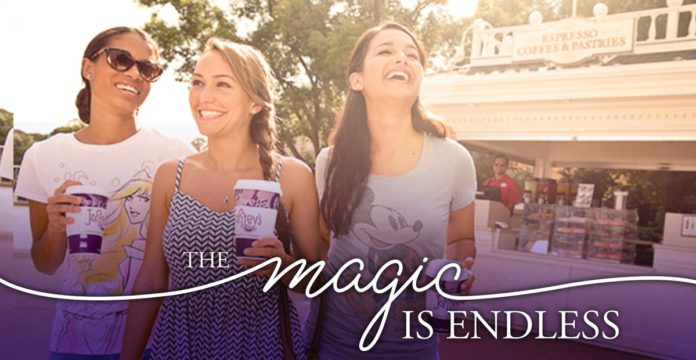 Right now guests who want an alternative coffee drink can get one in three of the four theme parks at Walt Disney World. Joffrey’s has never had a kiosk inside the Magic Kingdom (the closest was at the TTC near the resort monorail) but that’s finally about to change. A new kiosk is under construction near Space Mountain in Tomorrowland.

The kiosk will open in March with the usual Joffrey’s line up of drinks and sweet treats. It will also have a Magic Kingdom exclusive drink – the More S’mores Latte. The drink is served hot or iced and features espresso, rich chocolate sauce, sweet marshmallow syrup, whipped cream, graham cracker sprinkles, and marshmallows. Yum.

Joffrey’s Coffee & Tea has multiple kiosks in and around Disney’s theme parks and Disney Springs. Plus it is the official coffee offered in most Disney owned restaurant locations at Walt Disney World. Find all the locations on their website.