We are right around 300 days away from the next installment in the Star Wars saga; Episode VIII: The Last Jedi and already Disney and Lucasfilm are gearing for the other thing Star Wars is famous for: merchandise.

In 2015, three months before The Force Awakens came to theaters Disney and Lucasfilm held a worldwide event called Force Friday where they released brand new Star Wars products, from toys to light sabers to drones to clothes to books and comics most of which had some connection to the upcoming movie. This year the companies are looking to repeat the success and hype of the last event by holding Force Friday II on September 1 in the hopes of getting audiences more excited about the upcoming movie (because apparently we’re not excited enough).

“The first Star Wars Force Friday event was truly unique, uniting fans across five continents in an unprecedented global live unboxing event ahead of thousands of midnight openings at retail,” said Jimmy Pitaro, chairman, Disney Consumer Products and Interactive Media. “We’re excited to confirm that Star Wars Force Friday is back for The Last Jedi. Plans for this year’s worldwide event are top secret, but expect something befitting the excitement around the next episode of the Star Wars saga.”

Lucasflim even released some stats from the last event.

As expected, details for the event are being kept under wraps for now, but they did tease us by revealing the packaging for the new line of products. 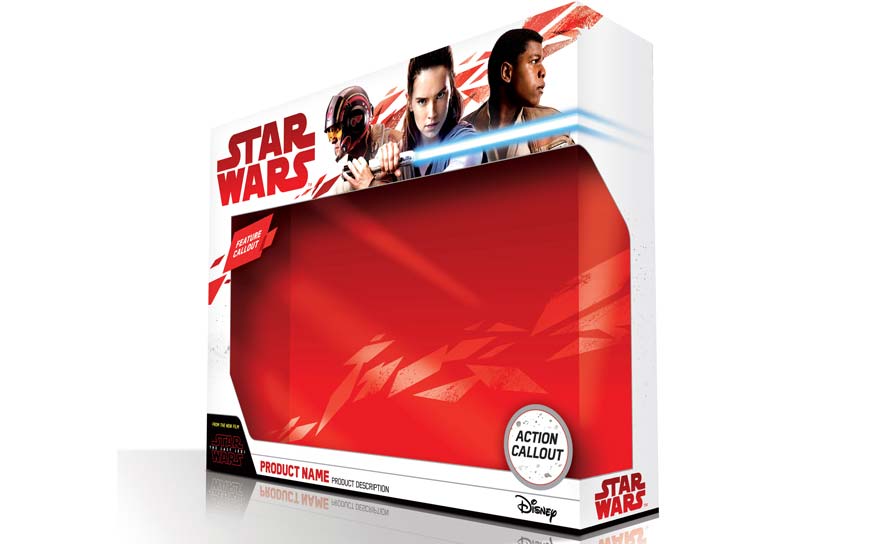 Let’s take a closer look at the trio of Poe, Rey, and Finn.

The hair down look for Rey looks good, but it’s interesting that she still has Luke’s lightsaber. Did he tell her to keep it or did she re-acquire it someway? Nice to see Finn back, looks like he’s been taking fashion tips from Han Solo’s closet with the new collarless shirt. Poe, of course, is Poe.

I’m glad they’re announcing this event so early. It’ll give me more time to save up for September.
Did you participate in the last Force Friday? Are you looking forward to this year’s? What do you think of Rey’s new look?

previousEmma Watson on what motivates Belle to want to leave her provincial town
nextWhy Disney needs to sell more pie, not less