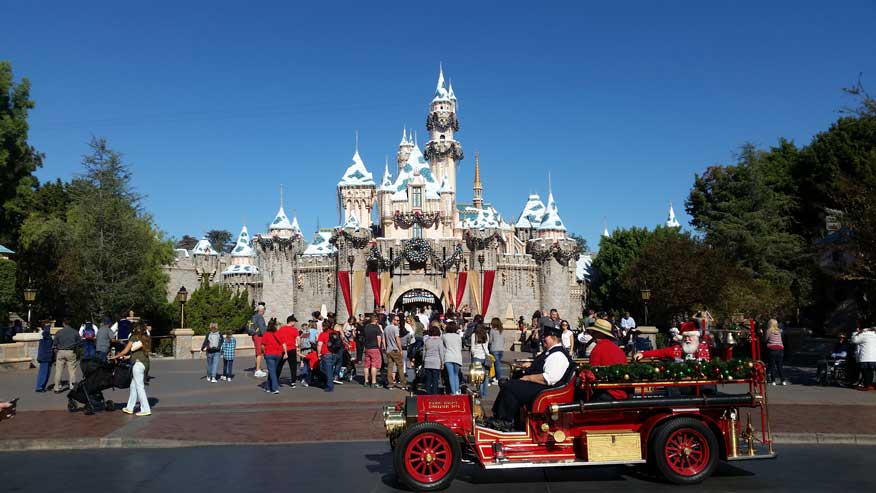 Disney’s Fastpass system allows guests to wait for an attraction ride without physically waiting in queue for that attraction. Disney hoped it would encourage guests to spend more time in stores and restaurants where Disney makes money instead of waiting for a ride. The jury is out if there was ever any real benefit like that. But guests loved the convenience of knowing they could get on one or more of their favorite attractions without waiting. That was something Disney could use to fill hotel rooms and fill the parks and they have.

While Disneyland was the first theme park to implement the Fastpass system back in 1999, it has actually not changed the system much since the original days. Attractions have been added and removed and small details (like bonus fastpass) were experimented with. But while Walt Disney World switched to the paperless Fastpass+ system years ago, Disneyland still requires those little strips of paper… until now.

The park just announced Disney MaxPass, a new feature of the Disneyland App that will allow guests to book fastpasses from the App. At this point there is no advanced booking, like they have in Orlando, but you will get unlimited downloads of Photopass images. The cost for this is just $10 a day right now. Annual Passholders can also purchase the upgrade.

Disney buried this major news in a post about adding Fastpass to Toy Story Mania at DCA and The Matterhorn Bobsleds at Disneyland. Both attractions that guests have been asking for Fastpass, but it just never made sense due to the capacity of the attractions.

The current Fastpass system is not going away. You can still get a paper fastpass the old fashioned way by heading to each kiosk as your availability opens up. But those will the MaxPass app will have the advantage of being able to make their next Fastpass while in the queue for their current one. Used wisely, that might add up to 2 or 3 more Fastpass a day than you get by walking.

Personally, while the Fastpass+ system works well for me as an Orlando local, I’m not a fan of the system for the insane standby waits it creates and the bad taste it leaves in the mouths of guests who don’t know how to maximize their use of the system.

Disneyland guests, what do you think? Is this a service you would use? Should it mobile booking be free to everyone?

7 thoughts on “Disneyland to charge for Fastpass App – MaxPass”