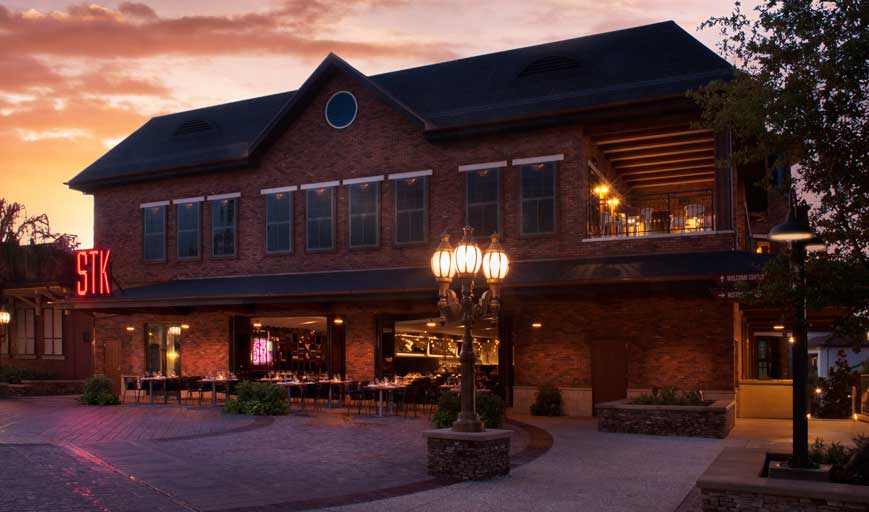 2016 was a pretty amazing year for foodies at Disney Springs. We had two more celebrity chef’s move in and a host of amazing food options open. If you haven’t visited in awhile, here is a quick guide to what’s new and what’s next on the restaurant menu at Disney Springs.

Blaze Pizza – while not a unique concept, it is a new very affordable dining option at Disney Springs. You build your own pizza or choose from a list of suggested options, then it is flash baked in 3-minutes. Two people can split one pizza and a side salad for lunch for $14. They have craft soda and beer too. 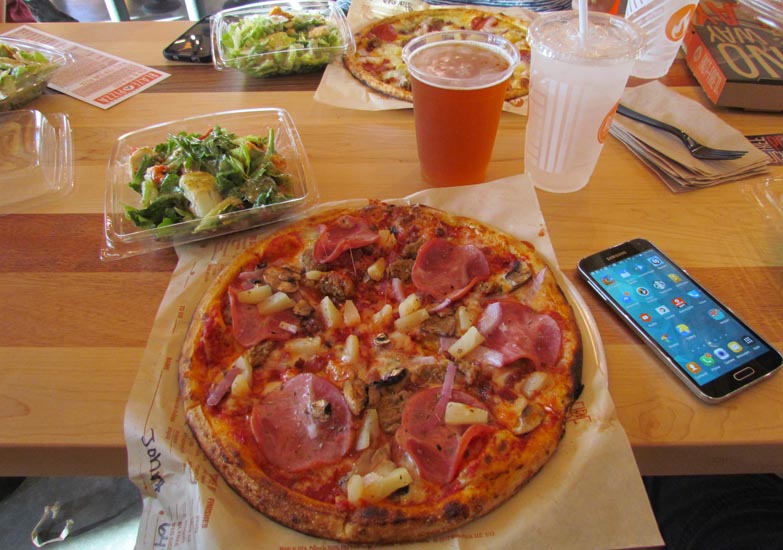 Morimoto Asia – From the Iron Chef himself, this is our favorite new location. You’ll find the best sushi at Disney by far ( the fish quality is superior to almost any sushi place I’ve dined at in the last decade). The Hoisin Ribs are freaking fantastic. If everyone orders their own entree it can get expensive. We suggest dining the small plate method family style, include a few Dim Sum items, and pick some dishes to share. They also have a good cocktail list too. I’m also in love with their ramen noodle soups. The broths are off the charts.. Try Open Table for a same day reservation. 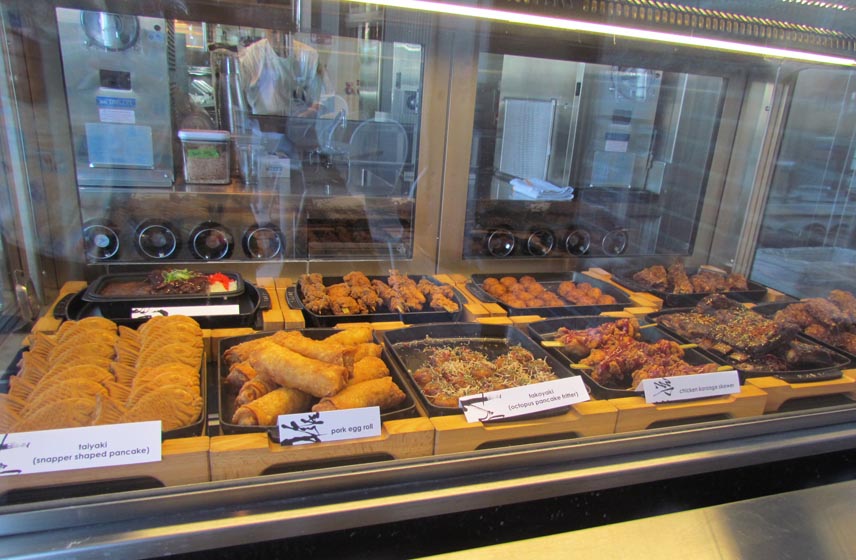 Morimoto Asia Street Food – a walk-up window located on the main floor of Morimoto Asia. Really great food for when you’re in the mood for a quick bite. They serve the hoisin ribs plus some items that are commonly found at street food vendors in Japan.

Jock Lindsay’s Hangar Bar. Beyond the decent drink menu, I enjoyed their small plate items. Seat outside for a great view. One of the few Disney owned and operated locations too. 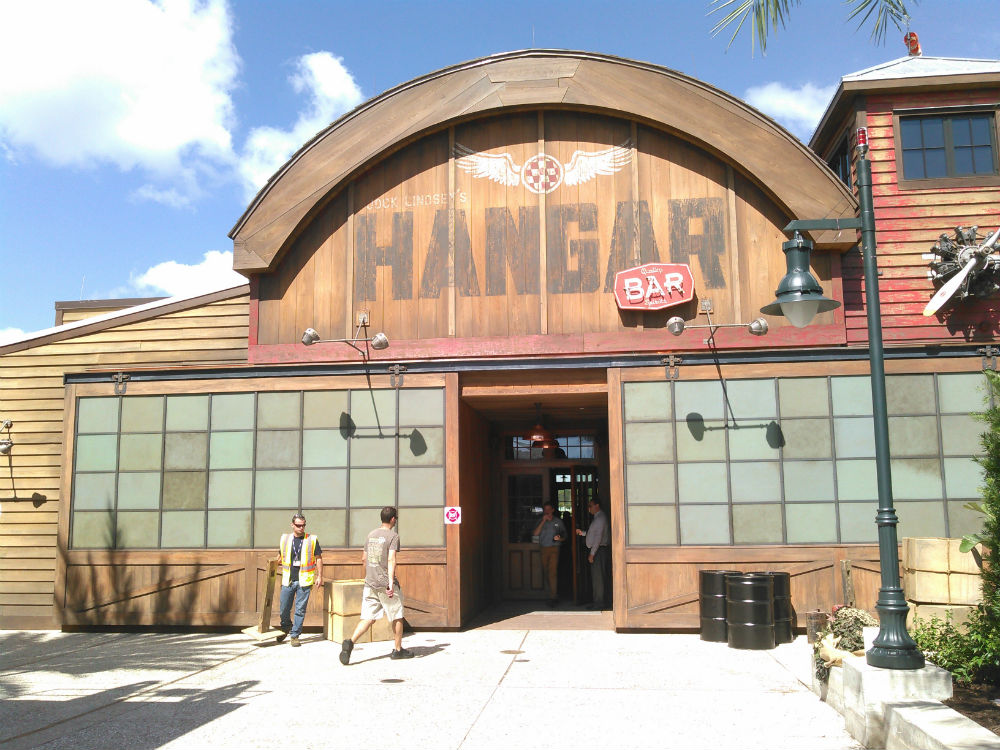 The Boathouse is on the expensive side, I’ve had mixed experiences as for food quality, but lately I’ve heard reports its back in the positive column. Consider lunch or a dessert and drinks experience here. Even if you’re not planning on a meal, visit the amazing collection of vintage and unique boats they have docked outside.

Homecoming by Chef Art Smith. Loved the media dinner I had here. Fried chicken was very good, but found the side dishes to be even better. It’s a bit on the pricier side, but your soul will thank you, even if your wallet won’t.

STK Orlando is a different concept than you might be used to. It has no dance floor, but a live DJ maintains a club-like atmosphere. It can get loud, which means it’s not the place to dine for an intimate conversation. I really enjoyed their drink menu, they’ve made me some amazing seafood dishes and sides. But I must say that in the three times I dined there, they never quite got the meat dishes right. Definitely on the expensive side. 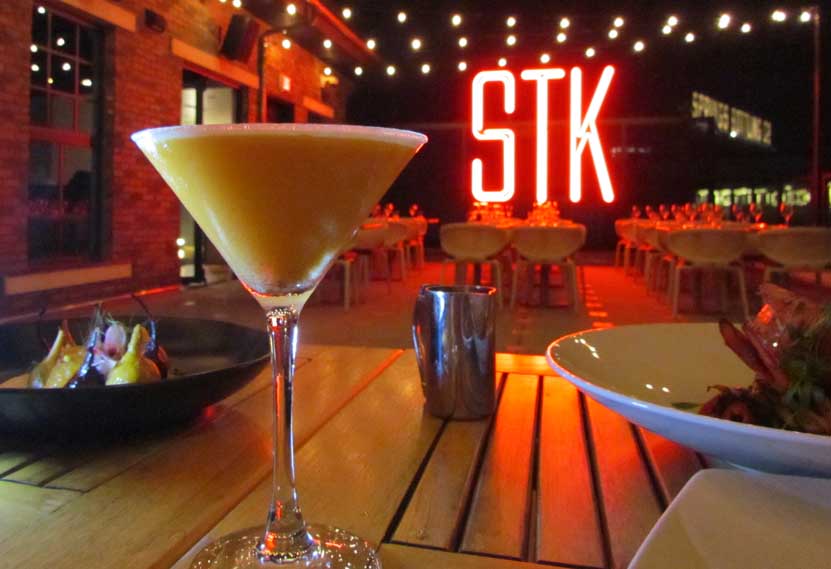 Frontera Cocina. This is one restaurant I was very much looking forward to as I’m a huge fan of Chef Rick Bayless. The location provides what I would call elevated Mexican food with prices to match. A good place to order a margarita if you’re in the mood.

D-Luxe Burger. A Disney owned location. I am not a fan. I find their burgers patties to be greasy and flavorless. I’m also not a fan of their over-priced milkshakes. They do have a few seating areas with USB re-chargers for your mobile devices, so that’s a plus.

Paddlefish – this location was formerly Fulton’s Crab House, it’s received a complete remodel, an expanded kitchen, a new rooftop lounge, and more. The new menu will focus more on the seafood, but there will still be steaks and some of the old favorites. Very much looking forward to its opening in Early 2017.

Planet Hollywood Observatory – A complete remodel and a new outside deck area. There will still be Hollywood Memorabilia, but there will also be new giant screens and a new exterior lounge. Also planning to open in Early 2017.

The Edison – A steampunk themed bar and eatery currently scheduled to open in the middle of 2017. Should feature a menu similar to other locations, will also have access to a 21-and-over club located beneath The Landing called ‘Neverland Tunnels.’

Walt’s Place – next to The Edison, this location is more mysterious. However, it has a stage and a space for theater seating. So maybe it’s a club setting? Dance club? Still no official announcement from Disney.

The Polite Pig. The folks behind this restaurant really know their stuff (they’ve been James Beard Award nominees) and their Winter Park restaurants are like mecca for local foodies. So I’m really looking forward to this outpost for their culinary creativity. Check it out in Town Center right by the Lime Garage later in 2017

Believe it or not, Disney Springs still isn’t done. There are rumors of changes coming to the Westside and at least one more restaurant for Town Center. What are your favorite new restaurants at Disney Springs and which of the new locations are you looking forward to trying the most?

4 thoughts on “Disney Springs – A guide to new dining options”