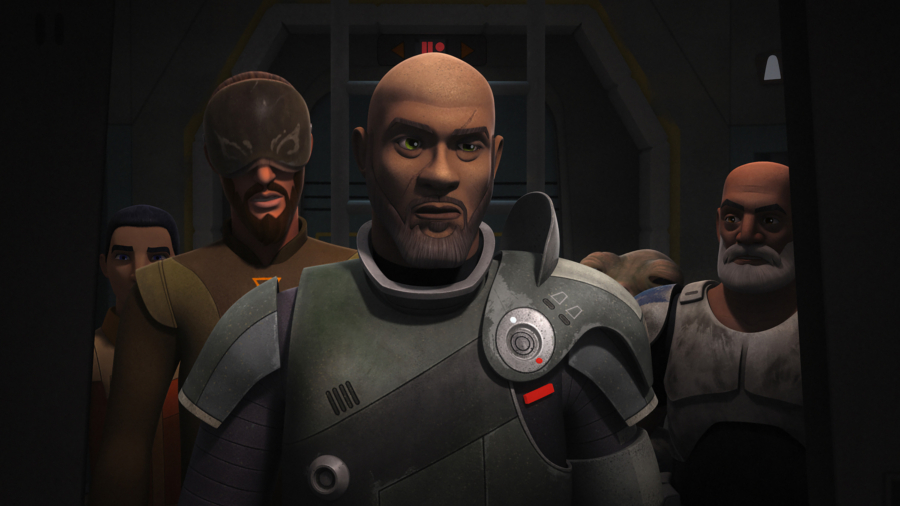 One of the best parts of multiple viewings of “Rogue One: A Star Wars Story” is the chance to see all the interweaving connections between Star Wars Rebels and the rebellion operating out of Yavin 4. We know the Ghost, Chopper and General Hera will make their way to Rogue One, but the fates of the rest of the characters remains much less certain. After all, we know that by the start of “A New Hope,” the Jedi were gone from the galaxy, except of course General Kenobi.

So far, we’ve had a fantastic first half of Season 3, now a new trailer is giving us a glimpse of what answers we might get in the second half. Keep an eye open, there’s a character from Rogue One in there – Saw Gerrera.

Okay. Saw Gerrera wasn’t the only surprise in there. Why yes, that was both young and old Obi-wan Kenobi. I am thrilled that they decided to go with Alec Guinness Obi-wan for Star Wars Rebels. That’s the way he looked in A New Hope, which we now know is not that far away in the timeline.

That also explains the rumor that Lucasfilm has started work on a new Star Wars animated series. Nothing official yet, but the current belief is we’ll get a ‘Jedi Academy’ series.

The two part premiere of “Star Wars Rebels” is on January 7 on Disney XD. It’s called the “Ghosts of Geonosis” and will feature the return of Saw Gerrera voiced by Forest Whitaker who played Gerrera in Rogue One. Will you be watching?