360 video of It’s a Small World from Disneyland Paris 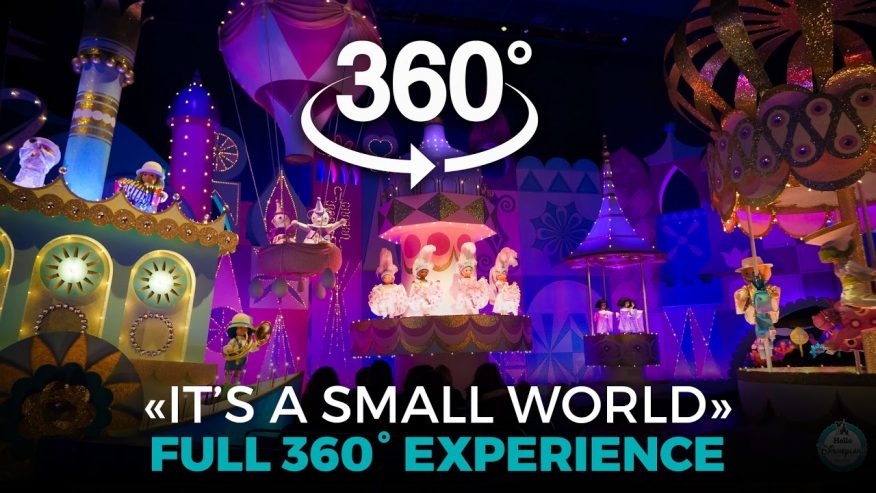 There is no better attraction to film a 360-degree video than Walt Disney’s classic ‘it’s a small world.’ The attraction is designed to surround you with music, costumed dolls, and colorful sets. When you’re going through in the boat, you may not have time to look around and see everything, but a 360° video will give you that chance.

If you’ve never been on the Disneyland Paris version of ‘it’s a small world’ before, you’ll definitely notice some differences.

As usual with 360° videos, you have to use your mouse to ‘turn’ the image around.

Thanks to Hello Disneyland for providing this video.

What other Disney attractions would you like to see in 360° video?