How to ring in the New Year at Walt Disney World 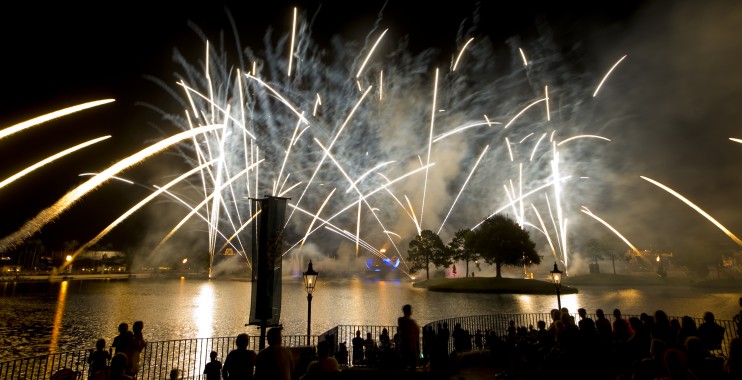 Orlando is one of the top spots in the world to ring in the New Year and Walt Disney World is the top spot in Central Florida for fireworks shows and more. The resort will send off 2016 with two nights of Fireworks shows, including two new shows at Disney’s Hollywood Studios.

With new tiered pricing and many annual passholders blacked out over the New Year weekend, this might be your best year to enjoy the festivities with only slightly crushing crowds instead of totally overwhelming levels.

It’s Disney’s largest park in terms of capacity and therefore our favorite place to spend New Year’s Eve. The whole atmosphere in the park changes once the parties spin up. Plus the holiday finale to IllumiNations is impressive. They usually bring out extra barges for more boomers too.

From 7:00 p.m. – 1:00 a.m. deejays spin tunes in Future World and World Showcase at the following locations:

Two showings of “IllumiNations: Reflections of Earth” include a holiday finale during the 6:00 p.m. show and a countdown and pyrotechnic salute to 2017 starting at 11:40 p.m.

Festivities start early on the eve of New Year’s Eve. “Fantasy in the Sky” fireworks light up the sky over Cinderella Castle at 11:50 p.m. on Friday, Dec. 30, and will be repeated on Dec. 31. For guests who can’t keep their eyes open till midnight, the Holiday Wishes New Year’s Celebration starts at 7:30 p.m. both nights, with expanded fireworks and a New Year’s Eve countdown.

The Disney Parks Blog will live stream “Fantasy in the Sky” on New Year’s Eve starting at 11:45 p.m.

Guests can wish upon a New Year’s Eve star at Disney Springs over the West Side waterfront during “Starbright Holidays – An Intel Collaboration” with shows at 7:00 p.m. and 8:30 p.m.

Where will you be spending New Years Eve as we wave good-bye to 2016?