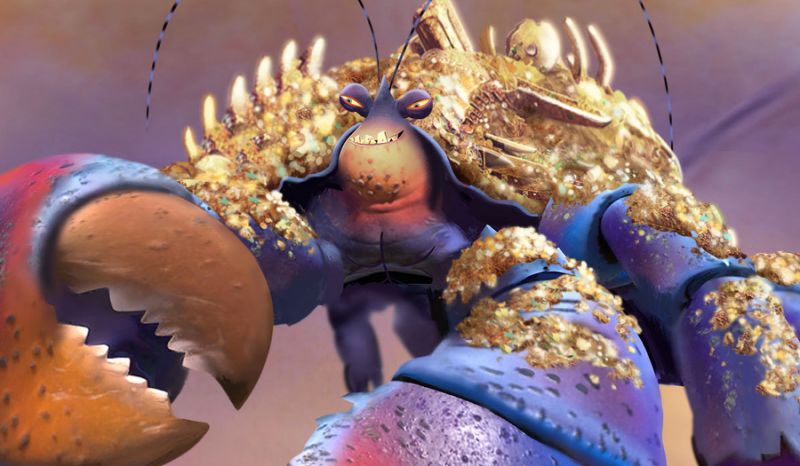 Disney Animation has released yet another song from “Moana” on video. The latest is Shiny, as sung by Tamatoa, the giant crab voiced by Jemaine Clement. Tamatoa lives in Lalotai, the realm of monsters, and the crustacean has adorned his shell will all things shiny, including Maui’s magical fishhook.

Clement says of his character, “His obsession has driven him to madness. He thinks a lot of himself– he’s one of those guys — so naturally he sings about himself.”

The song Shiny was written by Lin-Manual Miranda (of Hamilton fame) and composer Mark Mancina. They wrote a challenging song with a lot of phase little phrases, but Clement is up to the task, we think you’ll agree.

Clement himself is from New Zealand and is best known as one half of the musical comedy duo “Flight of the Conchords.” The other half, Bret McKenzie, has worked with Disney on a score for The Muppets movie revival.

Previously: Go behind the scenes with Clement and Tamatoa.