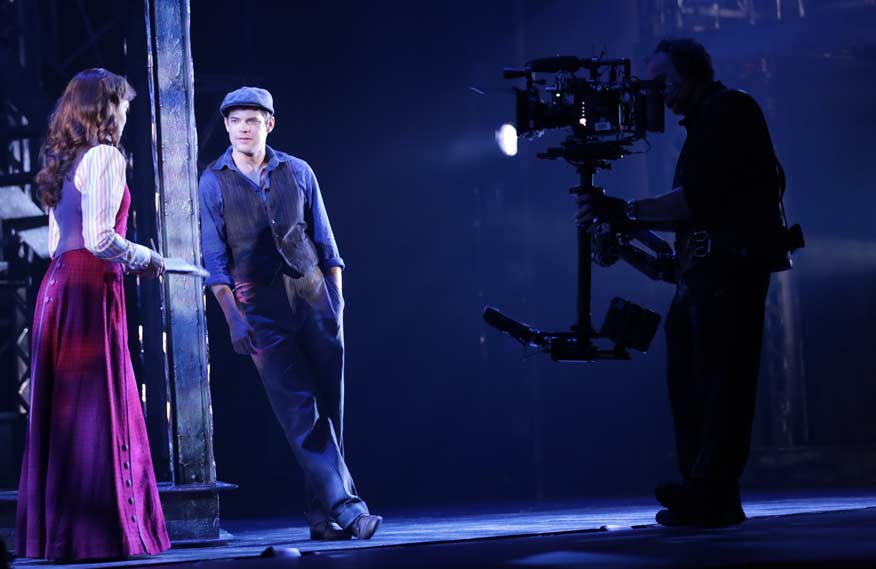 If you never made it to the Broadway production of Disney’s Newsies: The Broadway Musical, you have one more chance to capture the magic in a special production captured live for the big screen. Available in U.S. movie theaters for three days only on Thursday, February 16 at 7:00 p.m., Saturday February 18 at 12:55 p.m. and Wednesday, February 22 at 7:00 p.m. (all local times).

Captured live at the Hollywood Pantages Theatre earlier this year, the event features Jeremy Jordan, who currently stars in the television series “Supergirl,” reprising the role he created as “Jack Kelly.” Fathom Events partners with Disney Theatrical Productions to bring this spectacular stage show to the big screen, including special behind-the-scenes footage and interviews with the cast and creators.

Fans throughout the U.S. will be able to enjoy the event in more than 700 select movie theaters. Tickets are available on Fandango! 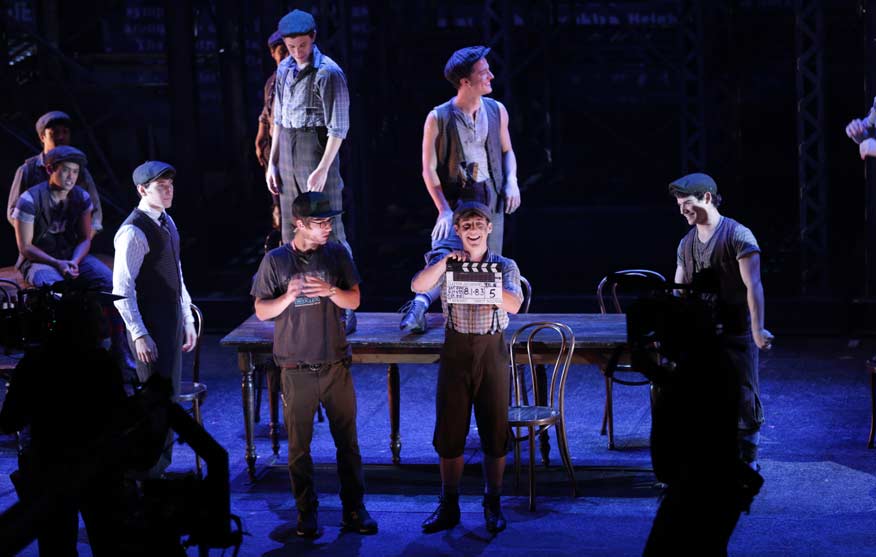 Joining Jordan are original Broadway cast members Kara Lindsay as “Katherine,” Ben Fankhauser as “Davey” and Andrew Keenan-Bolger as “Crutchie,” and Newsies North American Tour stars Steve Blanchard as “Joseph Pulitzer,” Aisha de Haas as “Medda Larkin,” and Ethan Steiner as “Les.” Since opening on Broadway in 2011, Newsies has played 1,711 performances between Broadway and the North American tour, to more than 2.5 million audience members in 65 cities across the country.

Set in New York City at the turn of the century, Newsies is the rousing tale of Jack Kelly, a charismatic newsboy and leader of a ragged band of teenaged ‘newsies,’ who dreams only of a better life far from the hardship of the streets. But when publishing titans Joseph Pulitzer and William Randolph Hearst raise distribution prices at the newsboys’ expense, Jack finds a cause to fight for and rallies newsies from across the city to strike for what’s right.

Newsies, the new American musical, features a Tony Award-winning score with music by eight-time Academy Award®-winner Alan Menken and lyrics by Jack Feldman, a book by four-time Tony Award-winner Harvey Fierstein and is produced by Disney Theatrical Productions. Newsies is directed by Tony nominee Jeff Calhoun and choreographed by Christopher Gattelli, who won a 2012 Tony Award for his work on the show. The entire creative team has reunited to bring the break-out smash musical to audiences across North America. 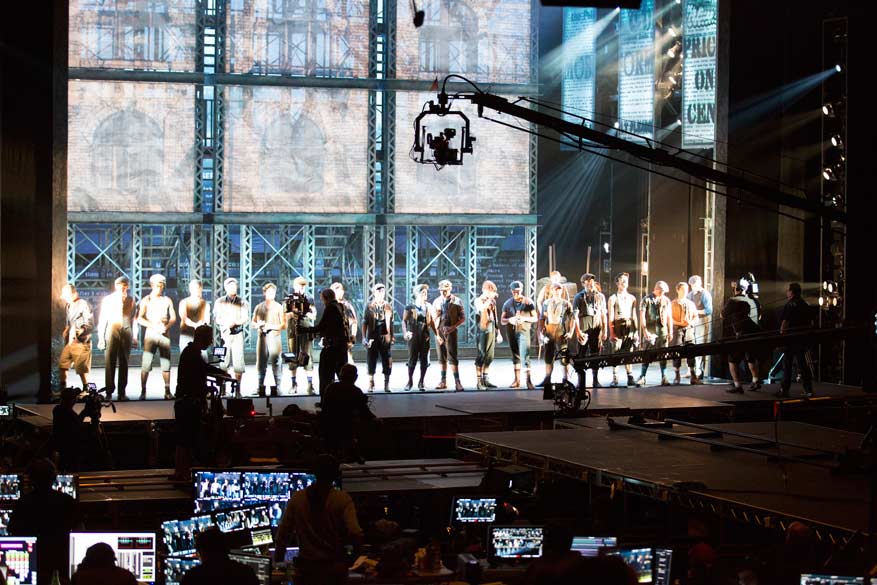 “From the very beginning, the stage adaptation of Newsies has had an exciting and entirely unexpected journey, propelled by the show’s passionate fan base,” said Thomas Schumacher, president and producer, Disney Theatrical Productions. “We are thrilled to be working with Fathom Events, and to have Tony-nominee, Jeremy Jordan and members of the original Broadway company join the North American touring cast as we take Newsies on its next exciting chapter, reaching new audiences around the country.”

“‘Once and for all!’ Newsies fans have one last chance to experience their favorite stage production all across the country – on the big screen,” Fathom Events CEO John Rubey said. “We’re proud to partner with Disney Theatrical Productions to give fans old and new the chance to re-experience or be introduced to this amazing show with the best seat in the house at their local movie theater.”

What do you think Newsies fans? Are you ready to seize the day?