Technology behind the first Drone Show at Walt Disney World 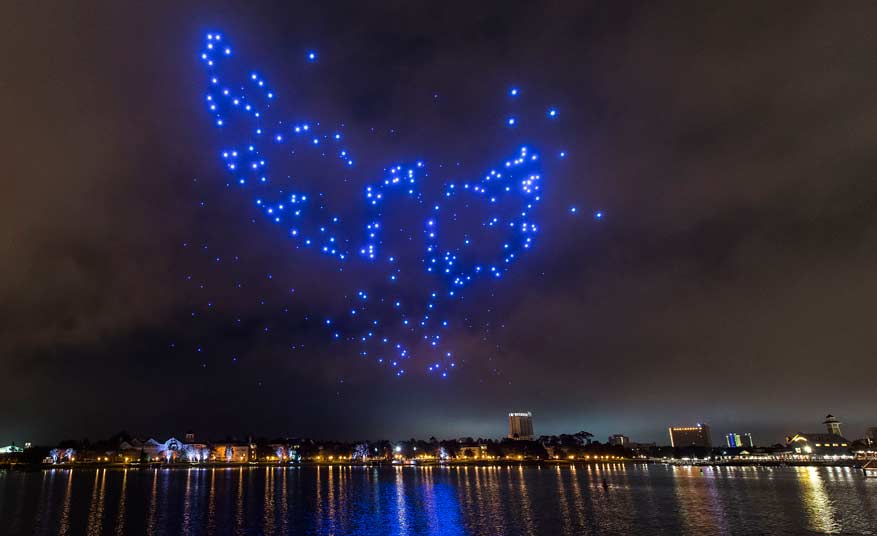 Last month Disney Springs opened a new night time aerial show featuring over 300 Intel Shooting Star drones choreographed to beautiful holiday medley of memorable music. It’s a first-of-its-kind show and the first generation of what this technology will eventually be capable of.

Regardless it’s both impressive and awe inspiring at the same time. If certain segments of it reminds you of Disney’s animated feature “Tangled” when the lanterns are released into the sky, you’d be correct. The show, as we learn in this video from Disney’s Imagineers and experts from Intel reveals:

In case you missed it, here’s our video of Starbright Holidays from the first press preview in November:

Some of the best viewing areas are right along the water’s edge behind Bongo’s and Exhibition Park on the Westside. We’ve also heard that viewing is pretty good from the opposite side of the lake by Saratoga Springs DVC resort.