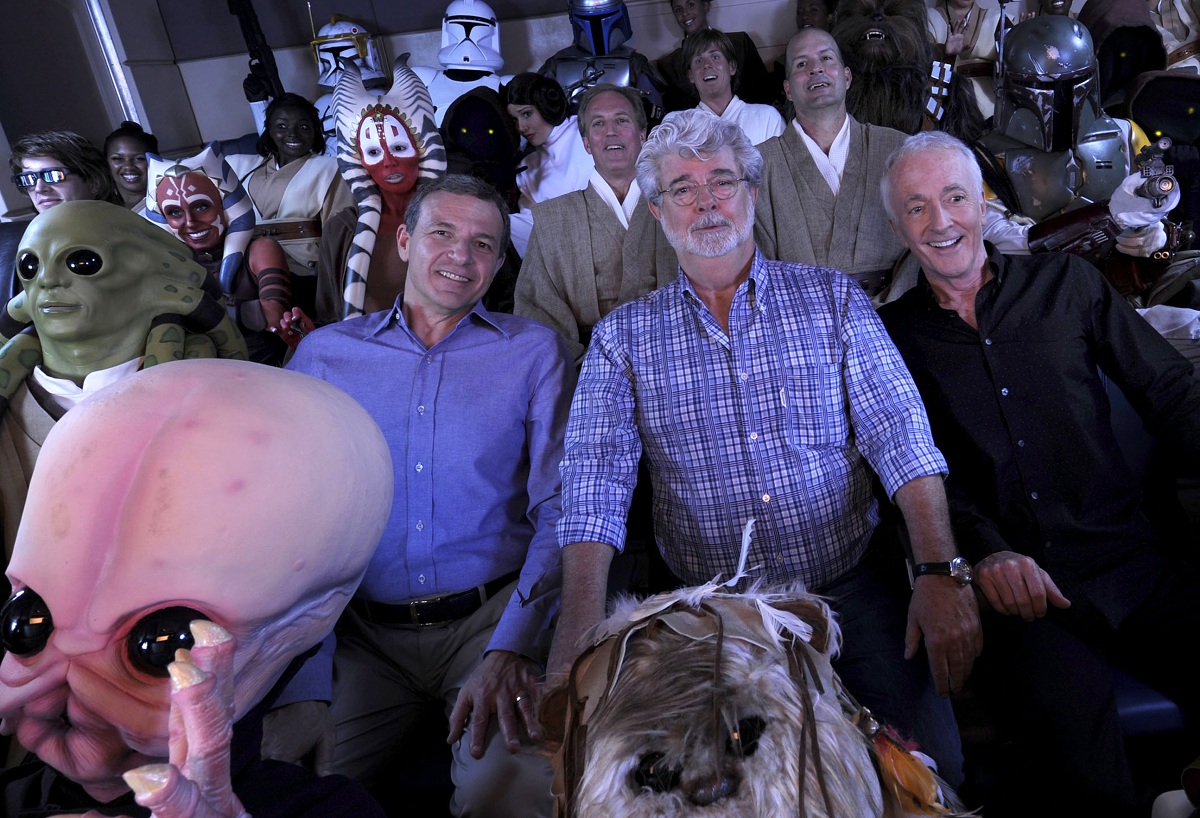 Since Disney purchased Lucasfilm, Disney CEO has been eager to get the multi-billion brand into the parks in a much larger way. Disneyland and Disney’s Hollywood Studios are the first two parks to get the new expansion. At the D23 Destination D event yesterday we learned two big pieces of news that are sure to make Star Wars fans excited to visit Disney’s parks in the future..

Disney Parks chair Bob Chapek revealed that Star Tours: The Adventure Continues will be updated with a scene (or two) from Episode 8. Expect these to be worked into the mix of existing destinations and encounters. No word on when this might start.

Chapek also shared a stunning nighttime look at the upcoming Star Wars-themed land set to open at Disney’s Hollywood Studios. There’s a lot of detail to look at in the image. But it’s essentially the same one that was shared earlier, just with a night time look and feel. As we get closer to actual vertical construction starting on the Star Wars themed land in Orlando, it will become more apparent how the two lands will differ. Both are expected to be 14-acres, but will they have the same mix of attractions, shops, and restaurants? I’m hearing there will be some distinct differences.

Disneyland’s projects are expected to open first, and construction is moving at fast pace there. I just drove through the construction area for Star Wars Land in Orlando and they’re still doing basic ground preparation work. Crews were hard at work on the Toy Story Land area even at 11pm at night, but the future home of Star Wars was silent. I may have just caught them on a night off, but it doesn’t sound like they’re rushing to get both projects done.

previous​Pandora – The World of Avatar narrows down opening date, names restaurant
nextWhat’s going on at EPCOT?