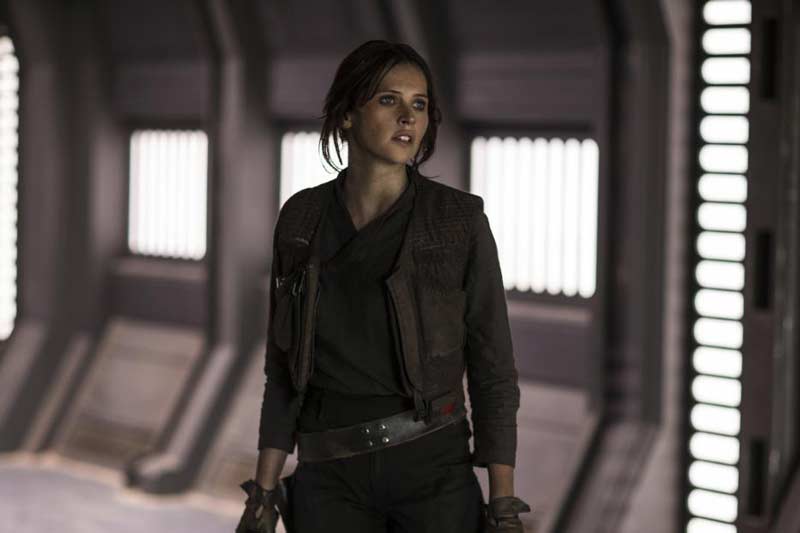 “Rogue One: A Star Wars Story” promises to take the Star Wars space opera in a new direction. Although its story is key to the events of Star Wars: A New Hope, it’s the first film set outside the Star Wars saga of trilogies itself. As such expect it to have a slightly different feel from other Star Wars films, and yet, it is still very much Star Wars.

A new international trailer for the movie has a few new clues about the movie, plus there’s more Darth Vader and Jyn Erso. Both good things.

One of the new scenes is of a young Jyn being given a crystal from her mom who tells her to “Trust in the Force.” It’s likely a kyber crystals—which power lightsabers—also a key component of the Death Star and likely the reason Jyn and her Father are meeting with the Empire.

We also see the Death Star doing a firing test, which is pretty cool to see, unless you’re on that planet. That would probably suck quite a bit.

The trailer also confirms the role Jyn’s father plays in the movie. He’s helped build the Death Star, probably helping use those kyber crystals to build the lasers, but also wants to make sure the weapon is destroyed before it can end the rebellion for good.

The movie’s message of defiance in the face of ultimate evil and how one dedicated team can overcome great odds is probably something we need to hear right now.