2016 Swan and Dolphin Food and Wine Classic scores another win 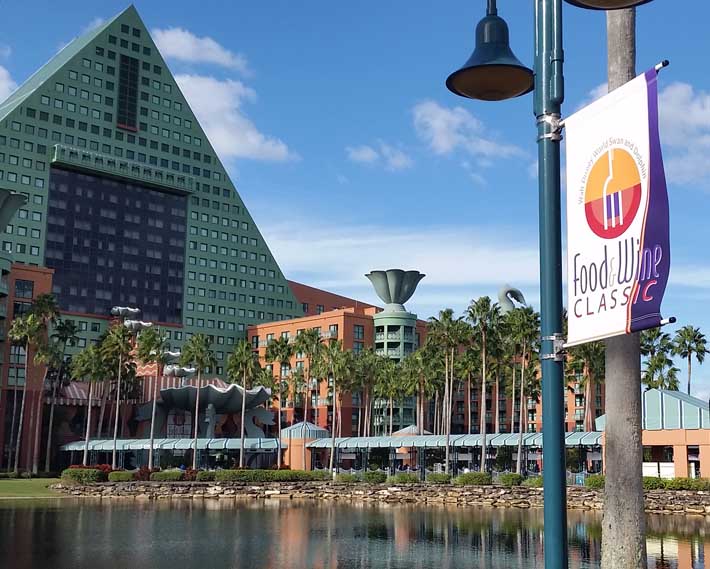 It’s a party like no other at the Walt Disney World resort; the Swan and Dolphin Food & Wine Classic brings people together to enjoy some of the best food the chefs and restaurants of the Swan and Dolphin Hotels can offer and sample incredible wines, beers, and other drinks. You’re sure to leave with a favorite new beverage and a full stomach. Along the way you’ll probably have made some new friends and danced to the bands.

The event itself runs the last weekend in October, which means you’ll have to wait a year before you can enjoy the next one. But you won’t want to miss it. With all-you-can-eat-and-drink causeway tickets starting around $125, it’s a great deal. A ticket to get in to EPCOT can cost you most of $100, and you’re going to spend a lot more than $25 eating around the world during the Food & Wine Festival.

In 2016 there were 30 tasting stations and 40 wineries. All 17 of the resort’s restaurants were represented. The Carnival section returned, with some new fun for 2016. They added a section called Chinatown, which was a big hit (especially the crispy duck bao). I also really enjoyed the beer garden (which is an up charge).

It was really hard to pick a favorite item during my 2016 visit. I did find a new Pinot Noir I really liked under the Irony label. And the Cib’s Barbecue Bacon Slab was probably my favorite food item. 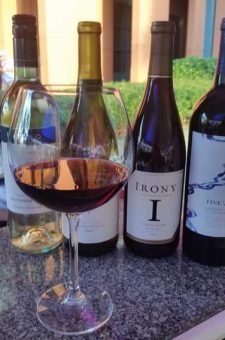 My wine find of the night 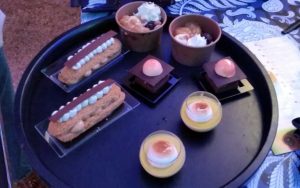 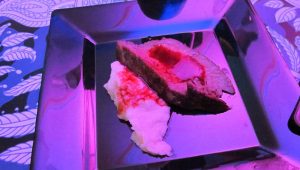 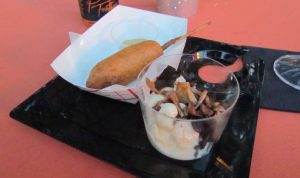 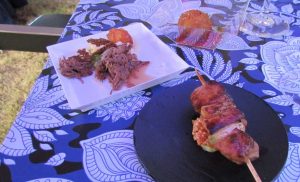 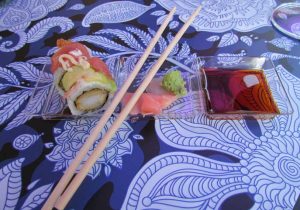 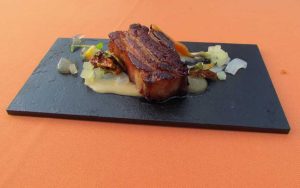 Cib’s BBQ bacon slab (my pick of the year) 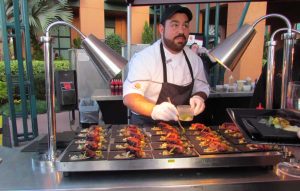 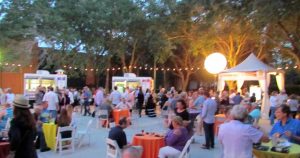 There were crowds, but it wasn’t too bad

One of the great parts of the festival is that you get a chance to meet and actually talk to the chef’s of the various restaurants. For instance, Chef Todd English always makes a point to come out and mingle with the crowd (even if he doesn’t like to have his photo taken). Of course, it’s a great place to meet fellow foodies too. 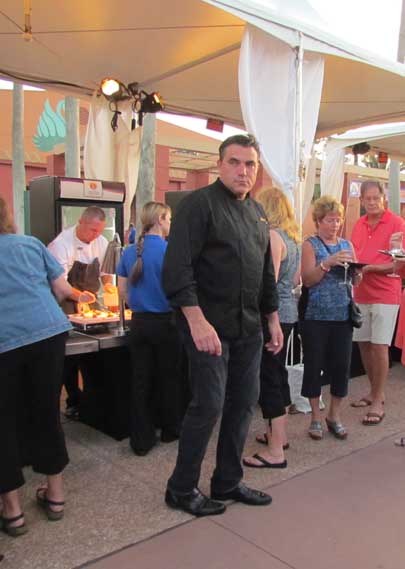 Some of the guests I talked to made it a weekend with a special package through the hotel. This is really the best deal for the weekend, not only do you get to enjoy the Food & Wine Classic, you can enjoy the recently updated hotel rooms and its many amenities.

This is the fifth year I’ve attended the event and 2016 was by far my best experience. More food, great drinks, fantastic people, and not too crowded. My only complaint is that its only held for two days. I feel like they would benefit from an early spring encore for those who can’t travel in the fall.

Disclaimer: The Disney Blog was an invited guest to this event, but was not compensated in any other way, the editorial views are entirely our own.