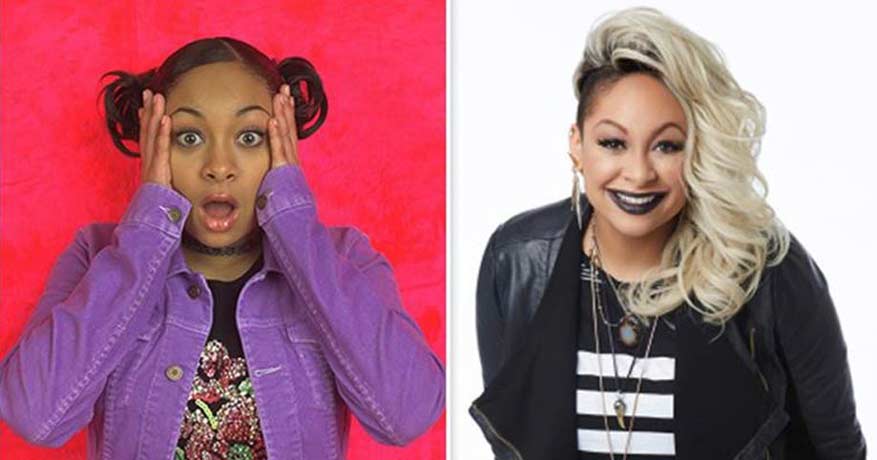 Who needs “The View” anyway? Not Raven-Symoné. After announcing she’s leaving the ABC daytime talk show, Raven announced she’s returning to the Disney Channel in a “That’s So Raven” sequel. Preliminary casting has already begun for the new sitcom that will continue the story of her character from the iconic series for a new generation of kids, tweens and families. Raven will both executive produce and reprise her role of the fan-favorite character Raven Baxter. Longtime writer/producer partners Scott Thomas and Jed Elinoff (Disney Channel’s “Best Friends Whenever,” Emmy nominees for “R.L. Stine’s The Haunting Hour”) are working on the development of the untitled spin-off series.

As the pilot story goes, Raven is now a divorced mother to two pre-teen kids (a son and daughter), one of whom has inherited her ability to catch glimpses of the future.

“Raven’s brilliant style of fearless comedy was a driving force for Disney Channel’s success around the world. Her performance in That’s So Raven is timeless,” said Adam Bonnett, EVP Original Programming, Disney Channels Worldwide. “We now have our eyes on the future with her, and we’re looking forward to telling more stories for a new generation with an adult Raven Baxter raising her young family.”

If this seems familiar, Disney Channel had success with the same idea when they rebooted the “Boy Meets World” sitcom with a sequel series “Girl Meets World.” Disney Channel’s first original multi-camera production, “That’s So Raven” told the story of Raven Baxter, a teen whose ability to glimpse flashes of the future often got her into hot water. It was acclaimed for its stories that reflected the importance of parents to kids’ lives and for showcasing Raven’s own brand of physical comedy.

Raven was the first African-American woman to have her name in a comedy series title. At age 19, she was named producer of the series. With “That’s So Raven,” she won four NAACP Image Awards and two Nickelodeon Kids’ Choice Awards, among others. The series was lauded by the NAACP Image Awards for four consecutive years and received a primetime Emmy Award nomination in the Outstanding Children’s Program category.

Production wrapped in January 2006 after 100 episodes, making it Disney Channel’s first live-action sitcom to reach that episodic high mark. It was seen on Disney Channels around the world, translated into French, Spanish, Hindi, Japanese, German, Italian and Portuguese among other languages. Its global success created opportunities for other Disney businesses including consumer products and publishing.

Were you a big fan of the original “That’s So Raven?” Do you think this is a good move for The Disney Channel?