Guardians of the Galaxy Vol. 2 poster and sneak peek shared by director 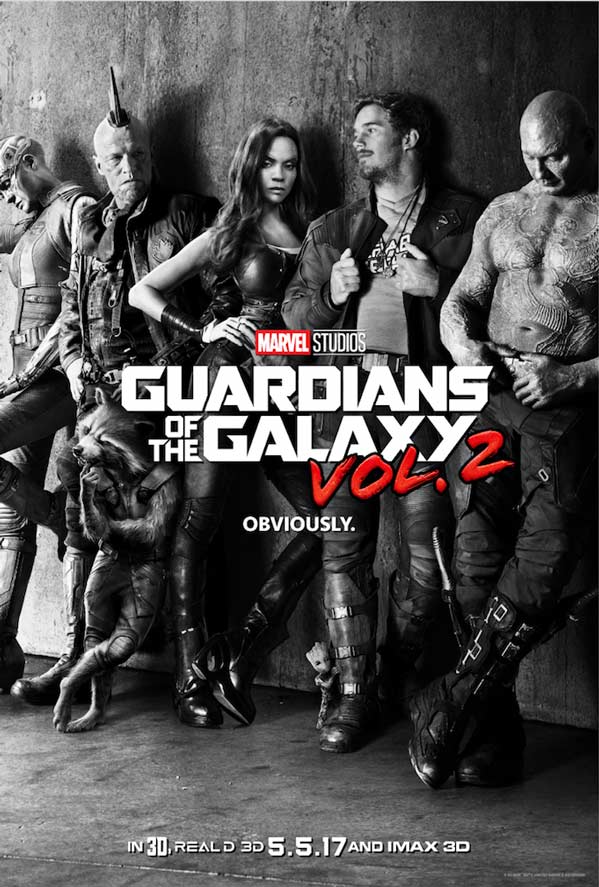 The galaxy won’t save it self. A great line. Also two words, Baby Groot. 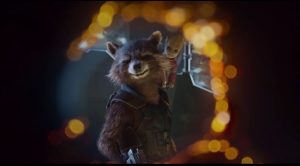 The sequel to the incredibly popular Guardians of the Galaxy will continue to unravel the mystery of Peter Quill’s true parentage. Looks like there will be run-ins with some familiar bad guys (Nebula) and ‘friendlies’ (Yondu). The original movie earned more than $770 million at the worldwide box office.

The film includes the return of the original Guardians, including Chris Pratt as Peter Quill/Star-Lord; Zoe Saldana as Gamora; Dave Bautista as Drax; Vin Diesel as the voice of Groot; Bradley Cooper as the voice of Rocket; Michael Rooker as Yondu; Karen Gillan as Nebula; and Sean Gunn as Kraglin. New cast members include Pom Klementieff (“Oldboy”), Elizabeth Debicki (“The Great Gatsby,” “Everest”), Chris Sullivan (“The Knick,” “The Drop”) and Kurt Russell (“The Hateful Eight,” “Furious 7”). Russell is rumored to be Quill’s father, we’ll see.

Guardians of the Galaxy Vol. 2 from Marvel Studios is in theaters on May 5 2017!