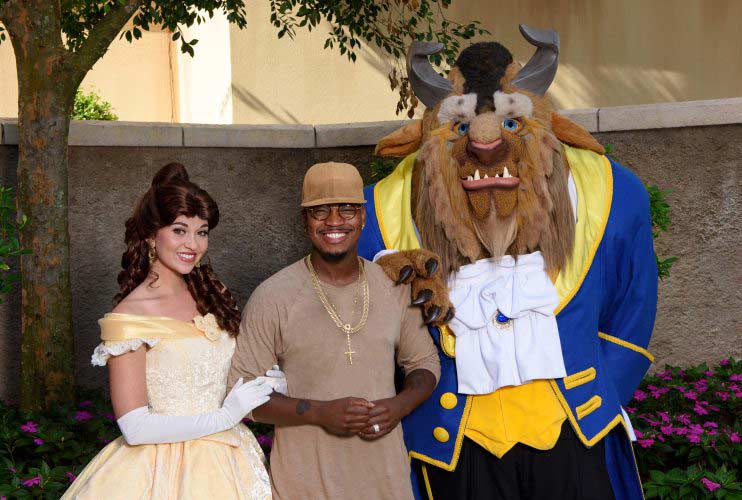 The EPCOT International Food & Wine Festival brings all the entertainers to town. This year ABC’s show “The Chew” has invite a few guests to their Food and Wine festival episodes. Grammy award-winning R&B artist Ne-Yo was in town last week to record his segment. During some time off, he stopped for a photo with the beautiful Belle and The Beast in EPCOT.

I also enjoy Ne-Yo’s cover of “Friend Like Me” from the David Foster produced 2015 “We Love Disney” Album, which he performed at the 2015 D23 Expo.

Of course, Ne-Yo spent a little time heating things up on “The Chew.” Here he is looking dangerous with host Mario Batali. 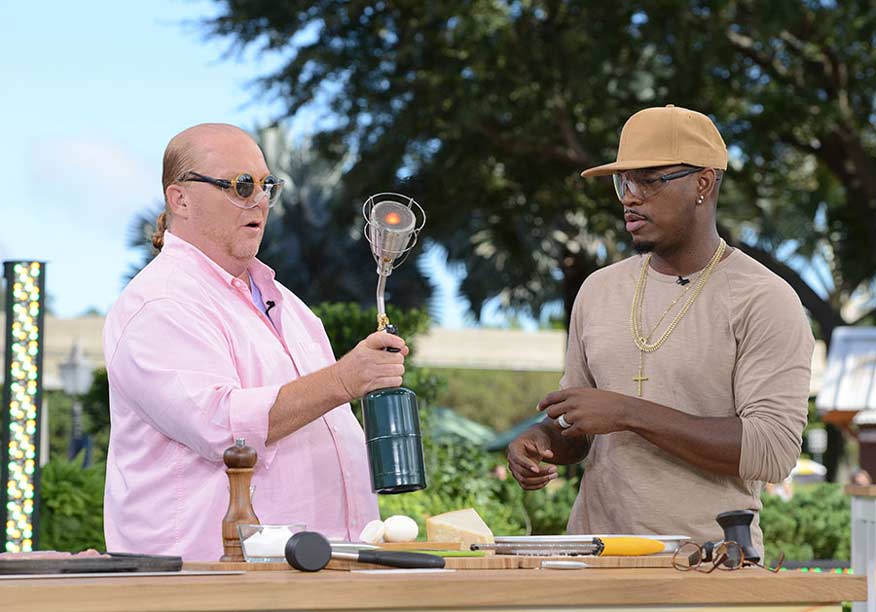