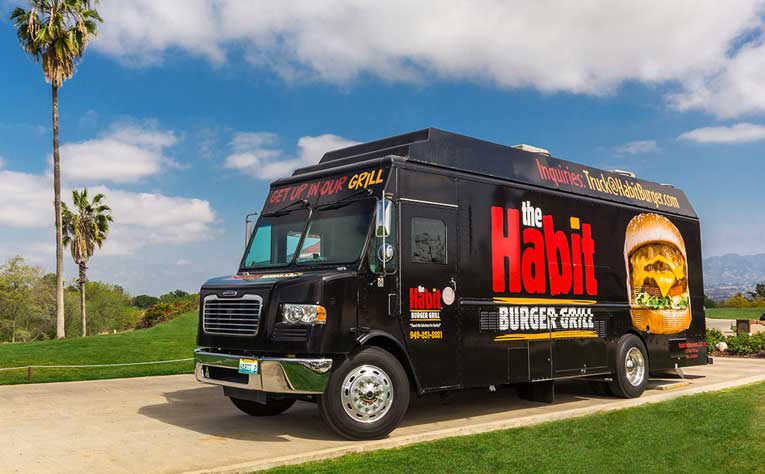 The gourmet food truck craze had its start in Los Angeles circa 2009 and since then the region has been a foodie’s paradise on wheels. Disneyland will tap into the craze during weekends in October when they invite food trucks to park at Downtown Disney.

The Habit Burger Grill and Dos Chinos taco truck will serve up their delights on Fridays, Saturdays and Sundays, Oct. 7 through Oct. 30. BrewWings, which specializes in chicken and waffles, will join the others most days over those same weekends.

The Habit Burger Grill is known for its burgers, including the charburger, a veggie burger, and a grilled chicken sandwich.

BrewWings, as you might expect, serves chicken wings. But don’t miss their Belgian waffles and tater tots. They also do gourmet grilled cheese sandwiches.

You’ll find the the trucks in the valet loop for the first two weekends and then the last weekends the trucks will move to the lawn area between ESPN Zone and the Disneyland Hotel.

Do you have a favorite food truck you’d like to see at Downtown Disney?