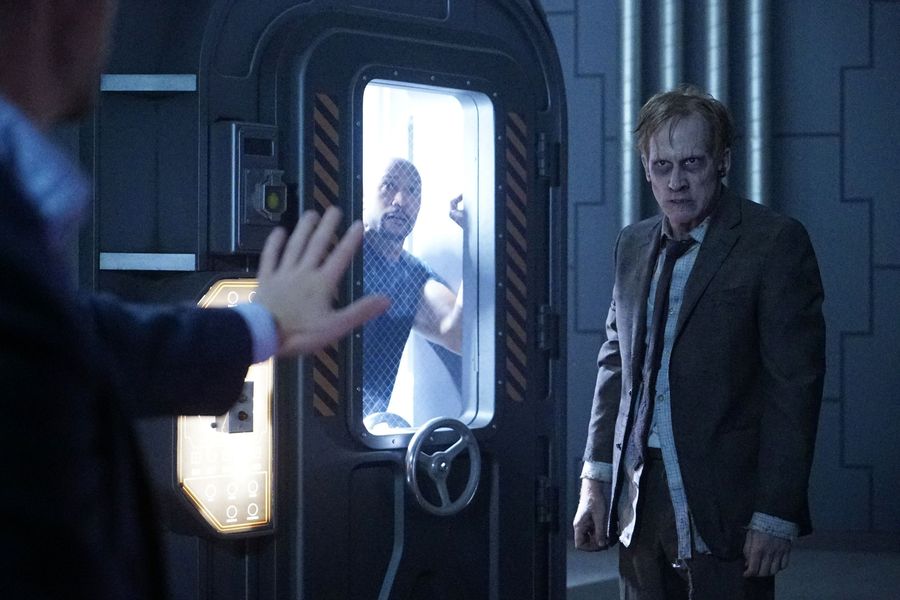 This week’s episode of Marvel’s Agents of SHIELD begins in a family’s house. Their young son wakes up in the middle of the night and sees the ghost girl from last week. He wakes his dad up and the girl screams about this being her house even though the man and his son have lived there for years. In a rage she flies through the dad, infecting him.

At SHIELD, Coulson and May are waiting to see the new director to answer for their actions last week. Turns out, the director, Jeffery Mace, isn’t mad at them, he wants to commend them…and sweet talk Coulson into giving a tour of their base to some US military leaders. Meanwhile, Fitz-Simmons and Mack have discovered the ghost girl and a clue for where they might find her. The girl, who’s name is Lucy, is in a lab where she finds a room with five more boxes like the one she was trapped in. She opens one of them, freeing Hugo.

Elsewhere, Daisy has gone back to the auto shop to confront Robbie Reyes again. She riles him up enough that they get into another fight which Daisy, once again loses. When she wakes up, she finds herself tied to a chair while Reyes goes through her stuff looking for an excuse to seek vengeance on her. Daisy tries to convince him that they should be working together to take down the Watchdogs but when she mentions Pasadena, California, he takes off. Daisy breaks free and goes after him. (Conveniently, Fitz and Mack are also on the way there and Lucy and company are already there.) 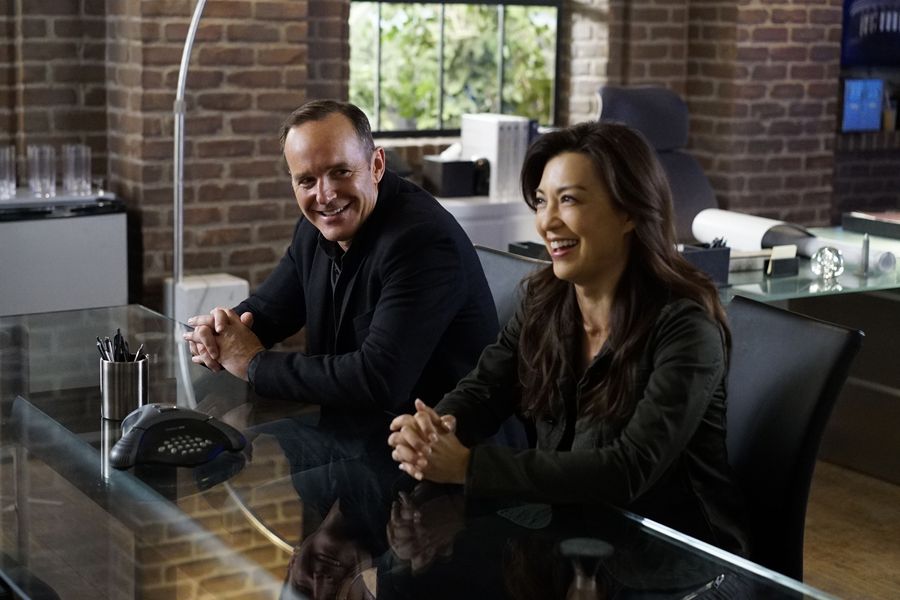 Back at SHIELD, May’s contact with Lucy is continuing to mess with her mind. She starts thinking that everyone on the base has been infected and even fights Coulson.

In Pasadena, Mack and Fitz encounter one of the “ghosts” who ends up locking Mack inside the machine in the middle of the room. Right before he’s about to touch Fitz, Reyes runs in, becomes Ghost Rider and kills the ghost while Daisy frees Mack.

Back at the base, the fight continues until Director Mace steps in and knocks May out revealing to the audience that he is an Inhuman.

In the final scene, Reyes pulls up next to Daisy and finally offers to help her.

The big reveal of tonight, of course, Jeffrey Mace. In the comics Mace is a superhero who has gone by a number of different aliases including the Patriot and Captain America.

Already a number of twists and turns, and it’s only episode 2. What did you think?

Next week watch as Coulson, Mack, and Fitz attempt to track down and neutralize a rogue group looking to end Inhuman Registration worldwide. Meanwhile Simmons and Dr. Radcliffe only have hours to save May before she succumbs forever to her mysterious illness.