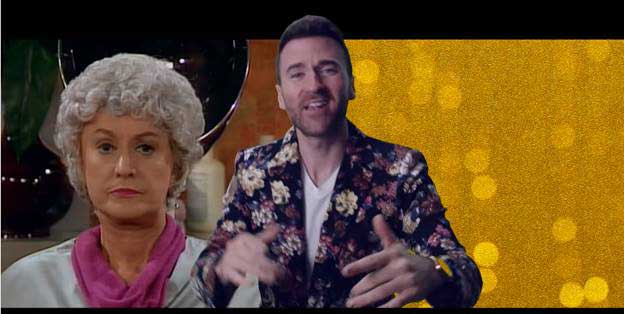 Oh My Disney continues its series of raps based on unlikely Disney subjects with a little ditty about the classic sit-com – Golden Girls. Direct from sunny Miami — Blanche, Sophia, Dororthy, and Rose have never been hipper!

Believe it or not it will be the 31st anniversary of The Golden Girls this Wednesday. To pay tribute Disney once again enlisted cast member and part-time rapper Nyiko Beguin to make this video.

Many Disney World fans remember that the backlot tour at Disney-MGM Studios used to go by the Golden Girls house in the Residential Street section, but did you know it was modeled on a real house in Los Angeles. Here’s an LA Magazine look at the ranch-style residence. While Residential Street is long but a memory, the original residence still stands today.

“Disney Raps” showcases Disney’s beloved characters and stories through fun and whimsical freestyle rap videos. What do you think about the new series so far?

Previously: Winnie the Pooh rap song from Oh My Disney.