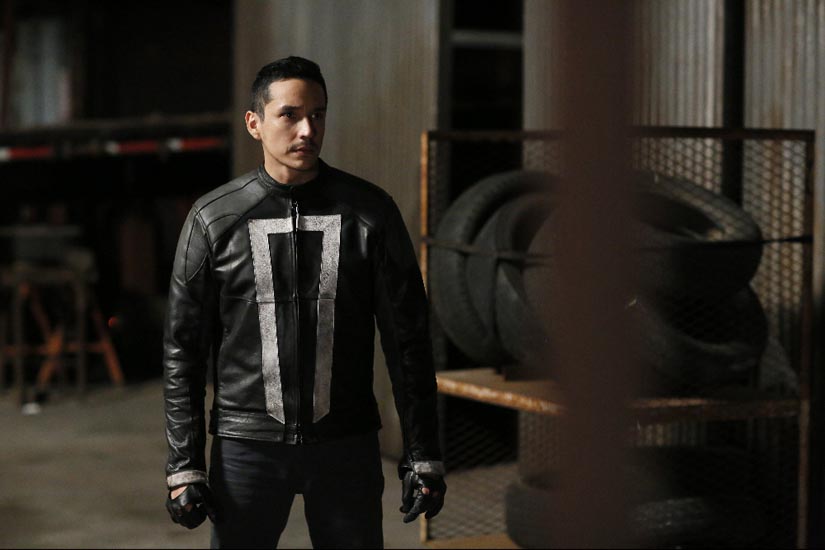 Season 4 of Marvel’s Agents of SHIELD finds the division operating with legitimacy once again. Alas, this requires a new Director (since Coulson is believed to be dead by the public at large, not to mention the Avengers). They’re still trying to track down Daisy, aka Quake. Agent May is training new strike teams and Fitz and Simmons are still together, but Simmons’ new work for SHIELD threatens the relationship.

Robbie Reyes (played by Gabriel Luna), aka Ghost Rider, has one thing on his mind – Vengeance. We don’t yet know how he meets the team from SHIELD, but we know that he’ll be part of the season 4 cast.

We see our first real signs of Ghost Rider in action in this new TV Spot for the show:

Update: Marvel released this image of the hotheaded Spirit of Vengeance and his 1969 Dodge Charger in all their fiery glory! 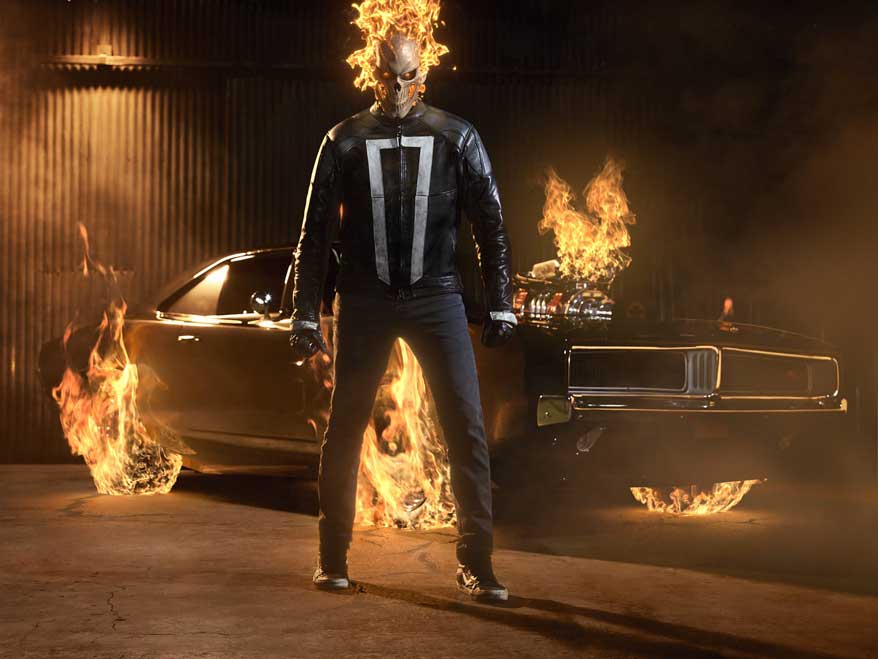 You may be most familiar with Ghost Rider’s flaming motorcycle, but this car is also from the comics and it’s on fire in a fantastic way too. The Reyes incarnation of Ghost Rider first appeared in a 2014 comic series from Felipe Smith and Tradd Moore. The series never really caught on, it was canceled after just 12 issues, but hopefully he’ll fit in well with our team of Agents.