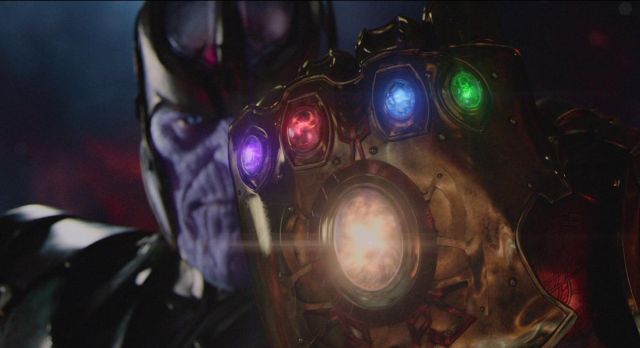 Marvel has decided that the Infinity Wars will only last one movie rather than the part 1 and 2 announced back in the day at a special Marvel reveal back in October 2014. That means Avengers 3 will be titled “Avengers: Infinity War” and Avengers 4 currently remains untitled. Release dates of 5/4/18 and 5/3/19 have not been updated.

It is believed the main focus of Infinity Wars are when the Avengers come into direct conflict with galactic super-villain Thanos and his minions. The prize, five infinity stones that will allow the possessor to rule the universe for infinity.

If you like “Captain America: Winter Soldier” and “Captain America: Civil War” (both focused on Cap’s personal journey, but also in large part Avengers movies) then you’ll like Avengers 3 & 4 as they’re being directed by the same pair Anthony & Joe Russo. They took over the reins of Marvel’s Avengers storylines from Joss Whedon, who directed Avengers 1 & 2, and haven’t looked back.

All the big Marvel characters are expected in the film including a few that have yet to have their movie debut: Iron Man, Captain America, Star-Lord, Thor, Scarlet Witch, The Hulk, and Ant-man. Plus we have been told by the Russos that Doctor Strange (Benedict Cumberbatch film coming out this year) will be involved.

Thanos, played by Josh Brolin, has been pulling the strings of the Marvel Universe since his first cameo at the post-credits scene in The Avengers. He’s played a factor in the plot of movies like “Guardians of the Galaxy,” “Thor: The Dark World,” and the Avengers movies.

With the retitling, the Russos wanted it to be clear that the Infinity Wars was not a two-part movie. But we really don’t know if part 2 will still deal with the Infinity Wars and just deserved its own name. What do you think of this decision?