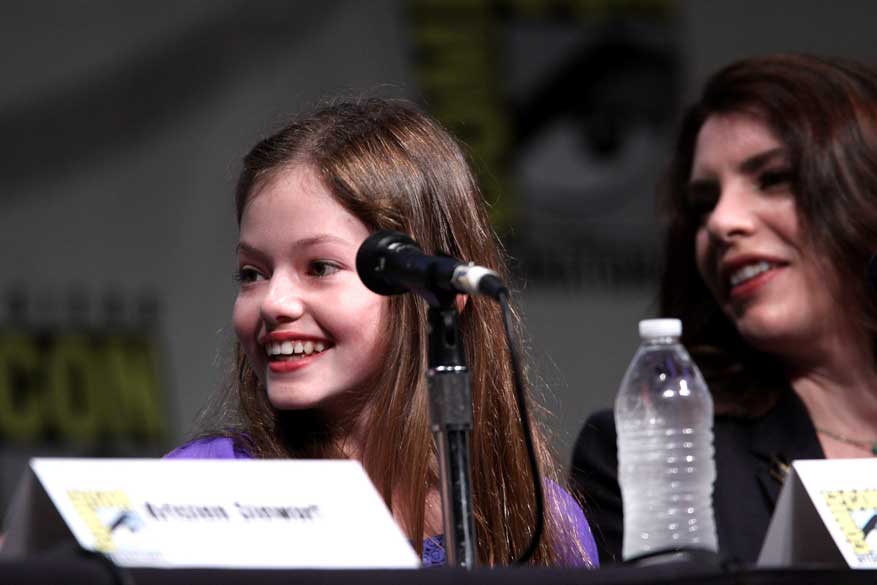 We learned two weeks ago that barrier breaking ballerina Misty Copeland had been announced as the lead ballerina in the Disney movie “The Nutcracker and the Four Realms” based off the 1816 story “The Nutcracker and the Mouse King,” which itself inspired the famous Tchaikovsky ballet. Now we know who has been cast as Clara, the young female lead, — it’s Mackenzie Foy.

Mackenzie Foy, pictured above speaking at the 2012 San Diego Comic-Con, played Matthew Mcconaughey’s daughter in “Intersteller” and was the half-human, half-vampire child in the Twilight Saga: Breaking Dawn parts 1 and 2. You can also hear her voice in the new animated version of “The Little Prince.”

Foy’s star is on the rise and this is a great hire by Walt Disney Pictures. In The Nutcracker she will play Clara, the young girl charged by her parents with caring for a Christmas Nutcracker doll that later comes to life and fights the evil Mouse King.