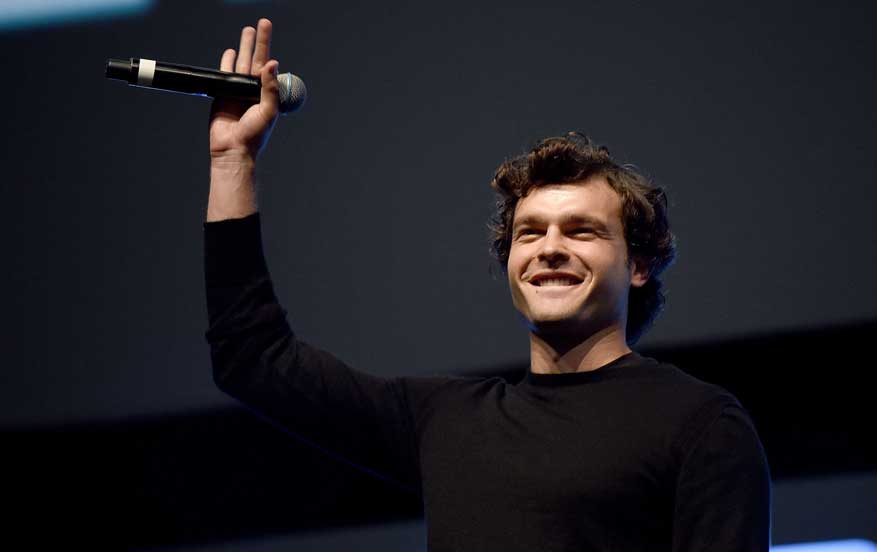 From Star Wars Celebration to San Diego Comic-Con there was a ton of Star Wars news that dropped over the last two weeks. You may have missed the news that Lucasfilm and Disney officially introduced Alden Ehrenreich as the lead in the Young Han Solo Star Wars Story film.

So far we’ve been told that the new Star Wars Story movies, those set apart from the Saga of Trilogies, would be stand alone films. It is part of the freedom of that format, not having to plot so far forward, that let’s a complete story be told in one film, that actually gives the Director creative freedom they wouldn’t otherwise have.

That said, there are some characters in the the Star Wars Universe we want to know more about. A stand alone movie would be great, but a trilogy would be even better, especially if you’re talking about one of the all-time great characters like Han Solo. So it’s food news for fans that Ehrenreich has signed a three-picture deal for the Han Solo role.

Han Solo has the potential of taking on a life of his own, a la another great Harrison Ford character — Indiana Jones. (Btw, we’ve also heard that the Indiana Jones movies are getting their own expanded universe and timeline a la the Star Wars saga.) Obviously, a trilogy depends on the first film taking off at the box office.

The first Han Solo Star Wars story movie is being written by renown Star Wars scribe Lawrence Kasdan and his son Jon. It will focus on how young Han Solo became the roguish scoundrel who made his way through the galaxy as a smuggler. We’re told Chewbacca will be a featured character as well.

(Photo by Ben A. Pruchnie/Getty Images for Walt Disney Studios)