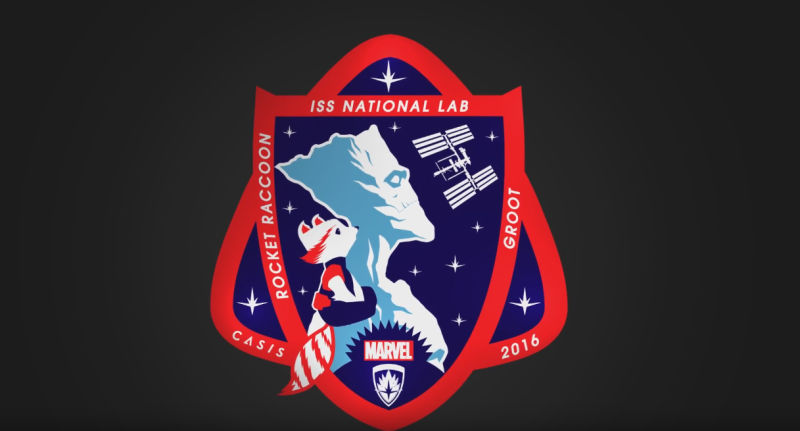 It’s a unique partnership between Marvel, one of the most iconic brands in comics and entertainment, and the International Space Station (ISS) – a mission patch that features Rocket and Groot from the popular Guardians of the Galaxy comics. As Rocket and Groot represent the dream of flying among the stars and exploring outer space. Sounds like a perfect match to me.

The patch was developed in partnership with the U.S. National Laboratory (managed by CASIS) and designed by Marvel artist Juan Doe. CASIS will also develop a STEM-based educational initiative involving Rocket Raccoon and Groot.

Guardians of the Galaxy director James Gunn gave us our first look at the patch back at San Diego Comic-Con.

So cool. NASA Oasis has paired with Marvel and is using Rocket & Groot as an official emblem for the mission to Mars pic.twitter.com/0ox5vnMEFS

This video details the making of that mission patch which will represent all ISS National Lab research payloads during the 2016 calendar year.

This is only the beginning for future Marvel and NASA partnerships. What other characters do you think would work well on future mission patches?