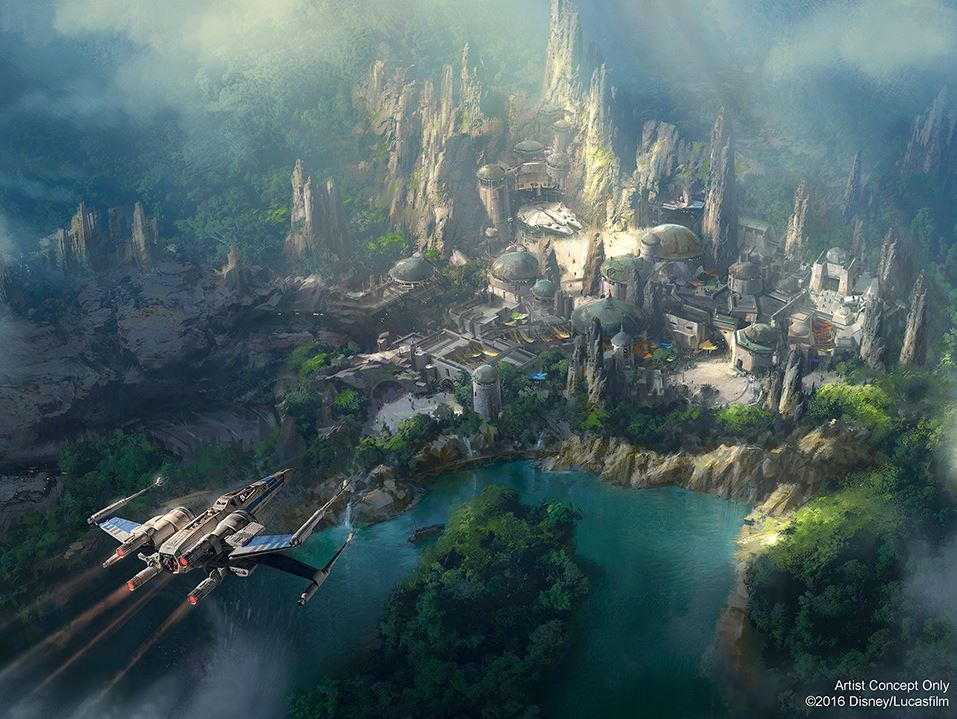 Below the X-wing is the reconfigured Rivers of America (shorter now) and the Disneyland Railroad train tracks, then directly behind that is the gateway into the new 14-acre land.

The giant rock towers you see will obscure the two main show buildings for the previously announced attractions. One features an encounter with the First Order and the other a chance to pilot the Millennium Falcon. The Falcon herself sits prominently displayed near a cave that doubles as a cargo bay.

If you look to the right of the artwork, you’ll see a First Order Shuttle has landed near what looks to be some market stalls. Also nearby is a new Cantina and an out of this world dining experience.

To the far left there is another ship docked. Hard to tell, but this might be a Resistance Base.

Check out this extremely large version of the concept art and see how many details you can spot.