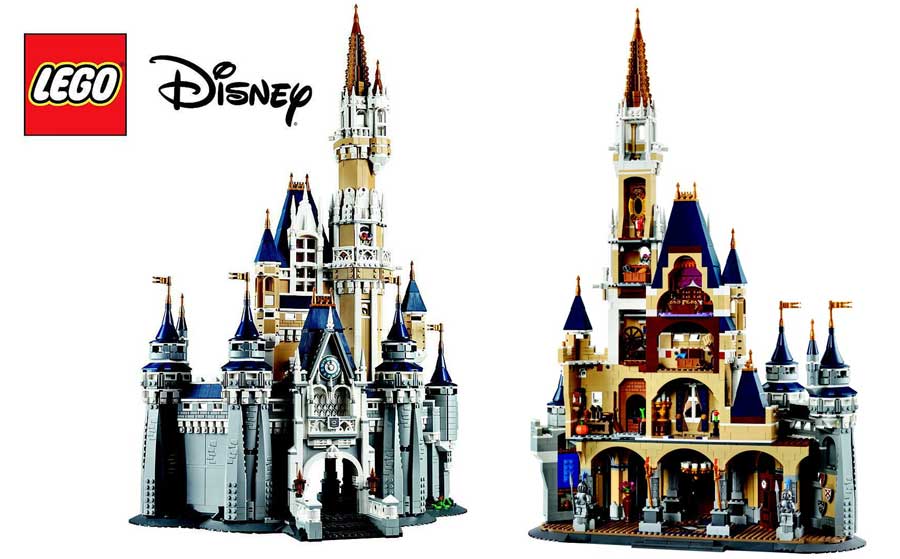 It might be the most sought after LEGO set ever for Disney fans, a new 4,080 piece Cinderella Castle set officially licensed by Disney. Set to retail for a cool $349.99, this set will no doubt be a future project for Disney families everywhere.

I like the open back idea. You’ll be able to take your Disney character minifigs and dot them around like they actually life there. The set will come with minifigures for Mickey, Minnie, Donald, Daisy, and, of course, Tinkerbell. After this, I think the next iconic building would be Disneyland’s Haunted Mansion. If you agree, you can help make that dream a reality by voting on this LEGO Ideas project. Will you be buying the new Cinderella Castle LEGO set?