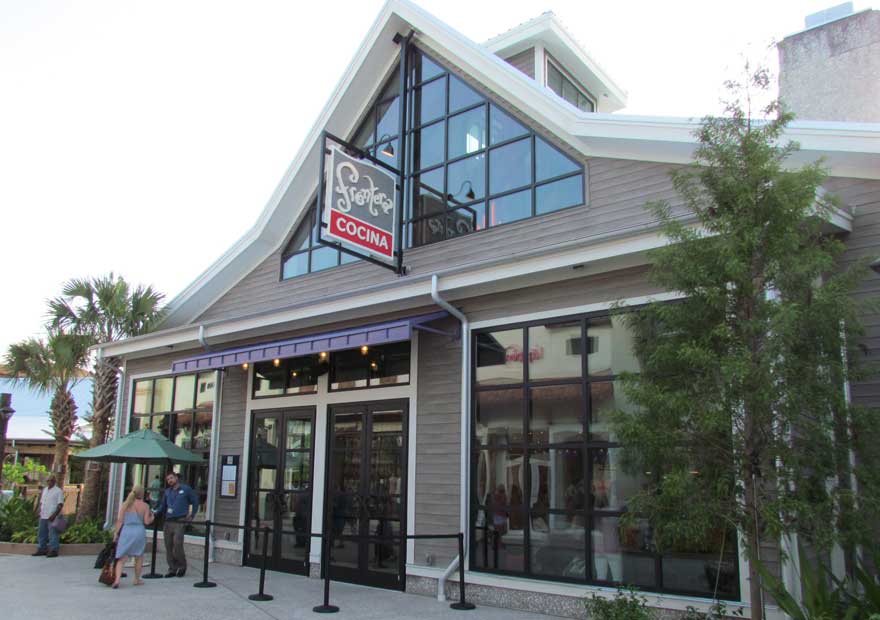 It’s been a been a busy few weeks since the Town Center expansion at Disney Springs officially opened to guests. Since then new openings include Free People, Lacoste, Johnny Was, Columbia Sportswear, Superdry, Shore, Sugarboo & Co, and Coca-Cola Store Orlando. Opening soon include Uniqlo and Anthropologie.

A new store from Levi’s was also announced. It will offer denim goods for the entire family and having a special Tailor Shop that will allow you to have some items and accessories personalized by a team of Levi’s craftsmen. It’s expected to open later this summer.

In the food department, Rick Bayless’ Frontera Cocina opened at the end of June and Art Smith’s Homecoming Florida Kitchen & Southern Shine is moving very close to opening (although no official date has been announced). Also still under construction is the Blaze Pizza location and Planet Hollywood Observatory.

What new element at Disney Springs are you most excited about seeing on your next trip?