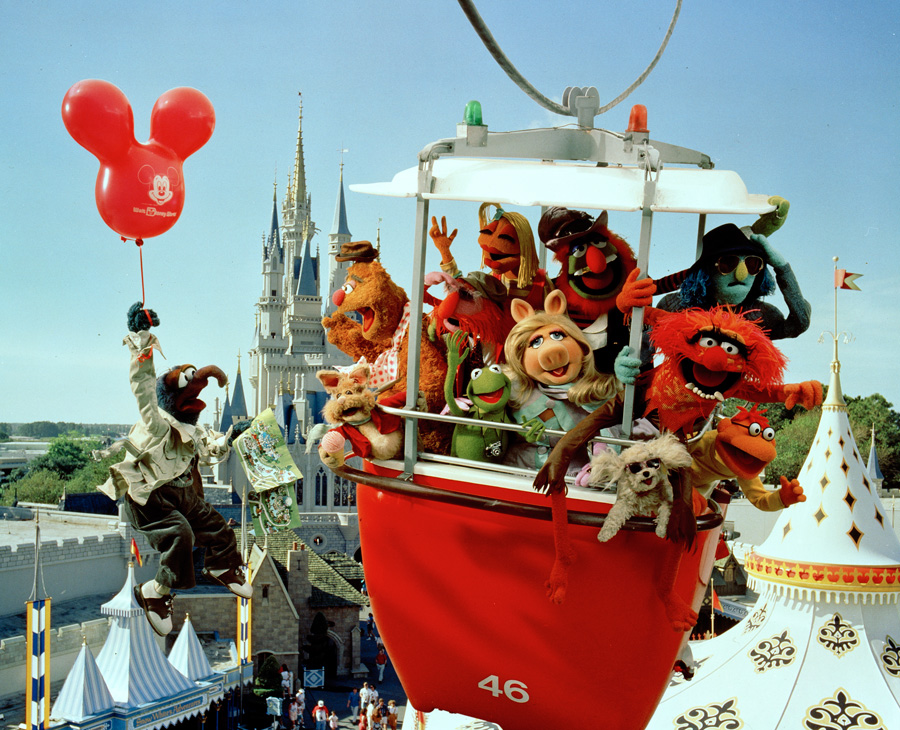 There is a rite of passage that many tv shows experienced at the end of the twentieth century known as The Disney Episode. Many of our favorite shows had them (even before Disney acquired the ABC network in 1996), and let’s face it… most of them weren’t great. It’s hard to fault anyone for this though. A Disney Parks experience is for many real families a rite of passage, so it makes sense that the fictional families on television would have pursued the experience too.

Over the course of the years, tv viewers have watched shows like Blossom, Family Matter, Boy Meets World, Step-by-Step, Roseanne, Modern Family, The Middle, and even Mad Men dedicate scripts to their characters’ trips to Disney World and Disneyland with varying levels of believe-ability and success. There are three attempts though that we’d like to see done over due to some series misses. Check out our top three below:

Why they went: After attending a funeral, Dorothy proposes a “bucket list” type trip with her mother Sophia who suspiciously assumes the vacation is a ruse created by her daughter to put her back in a nursing home. 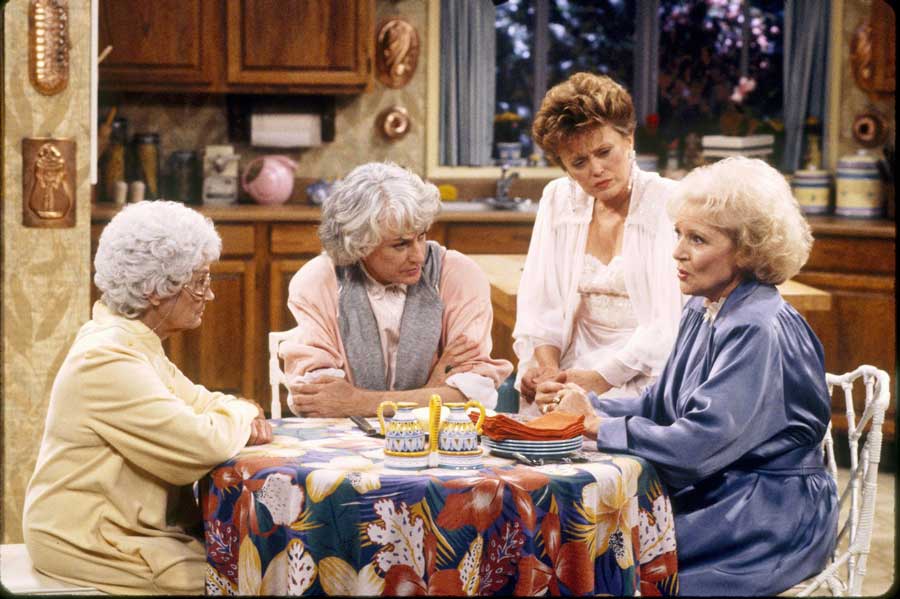 What happens: The two spend their entire trip in a non-Disney World looking hotel room or bar lounge, mostly fighting about whether or not Sophia can ride Space Mountain. At the end of the show, there is about six seconds of voiced over footage of the park, two seconds of which is a POV shot of Space Mountain that Sophia screams over.

What we wish had happened instead: Anything. Such missed opportunities here. The whole gang should have gone to the House of Mouse! Blanche could have tried to hook-up with Prince Charming. Rose would have easily been convinced she was the long-lost eighth dwarf. Sophia should have had a showdown with a Cast Member who could satisfy all her complaints with Disney Magic (because even the greatest curmudgeon can’t be mad at Disney World) while Dorothy fended off droves of autograph seeking kiddos who mistook her for Cinderella’s step-mother (she does resemble Lady Tremaine, no?). And why not have the ladies riding down Residential Street on the MGM Studios Backlot Tour and see their own house (The actual Golden Girls façade home was located there!) in an amazing meta moment.

My kingdom for a time machine that could make this a reality!

Why they went: In the middle Kermit’s family’s reunion, his friends say peace out and ditch him for Disney. And if my memory serves me correctly, I’m pretty sure that’s our entire backstory.

What happens: Um…That’s a good question. The plot is hard to follow.

The Muppets break in to MGM Studios (literally—they don’t pay… none of the hundred of them) and immediately get separated from one another. They are then pursued by Disney’s seemingly one security guard (who is uncharacteristically incompetent for a Cast Member) who bumbles excuses to his supervisor on his Zack Morris style cell phone about losing 700 keys to the Epcot gate. The Muppets warp between all the parks, never really understanding where they are in location to attractions and resorting to performance art to earn money for food. There’s a strange scene where Gonzo and Camilla rendezvous in a pile of dirty Disney laundry that I still can’t quite figure out. It leaves one to wonder whether or not anyone was working with a script. Also, an unsupervised child (Raven Symone) drops by to sing “Rainbow Connection” with Kermit.

What we wished would have happened instead: The gang heads to Disney World to witness Kermit propose to Miss Piggy. Various Muppet sidekicks enjoy many attractions on the search for the perfect place to pop the question. Kermit fumbles attempts at several different locations –the Chinese Theatre at MGM, “Paris” in the World Showcase at Epcot, etc.—until finally he gets up his nerve during the fireworks in front of Cinderella’s castle. Piggy says yes, and everyone sings one of a dozen different Disney songs that would work in a moment like this.

Why they went: Instead of just writing an episode where the entire family decides to vacation together (which would be a natural thing to do), there are a series of convoluted reasons and conveniences that get the Tanners & Co. down to Florida from San Francisco when Disneyland Park is just a jut up the coast. 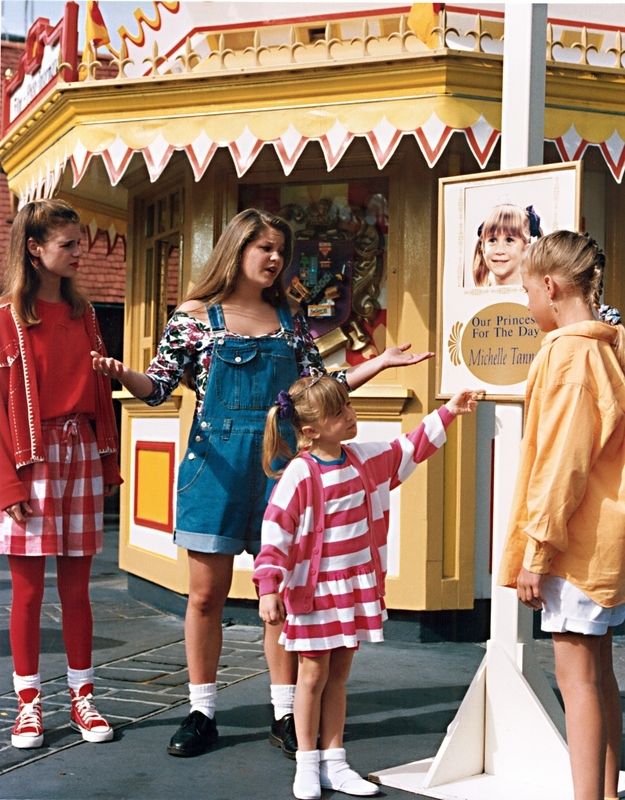 What happens: A series of forced subplots make for a lot of park footage and attraction highlights. Also, Michelle gets lost, but instead of being immediately reported to a Cast Member returned to her family, Snow White makes her a “princess for a day” and gives her whatever she wants. Also, Uncle Jesse’s band sings, Joey does a radio show, and Danny proposes to his long distance girlfriend, Vicky.

What we wish would have happen instead (or will happen in the next season of Fuller House) The one storyline that they didn’t pursue was the one that makes the most sense—have Aunt Becky’s and Danny’s morning talk show, Wake-Up, San Francisco! do a week-long set of shows from the Sunshine State. Jesse’s band can still play, Joey can do a little Disney themed stand-up, the girls can ride all the rides, and boyfriend Steve and eat his way around the World. If Full House can do a dedicated variety show episode (season 3 finale, “Our Very First Telethon”), then an hour long Disney World vacation plug (which, let’s face it, is what all of these episodes really are) works too.

But keep the scene where DJ hallucinates that Aladdin is Steve. Because well-played.

What current shows would you like to see visit a Disney Park? Pitch us your plots in the comments!