Pixar short Piper will chirp into theaters ahead of Finding Dory on June 17, 2016.

Where I grew up in Oregon, we frequently took trips to the beach and every time we went, we encountered a flock of Sand Pipers, small birds who stayed close to the wet sand, as they used their beaks to peck at potential food hidden in on the beach. The star of Pixar’s next short ‘Piper,’ is a Sand Piper. I’m not sure it’s from Oregon, but it will hit theaters on June 17th along with Finding Dory.

Pixar has just released two new images of the star of the short, a young female sand piper named Piper. Here is Piper and its mom. It’s hard to find food on your own, as Piper is soon to discover. 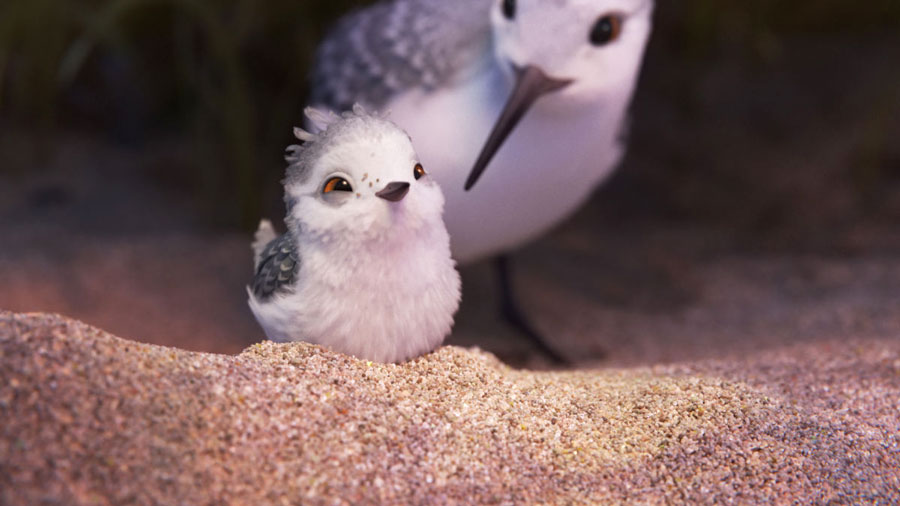 In this image we see the tiny sandpiper out of the nest for the first time digging for food. 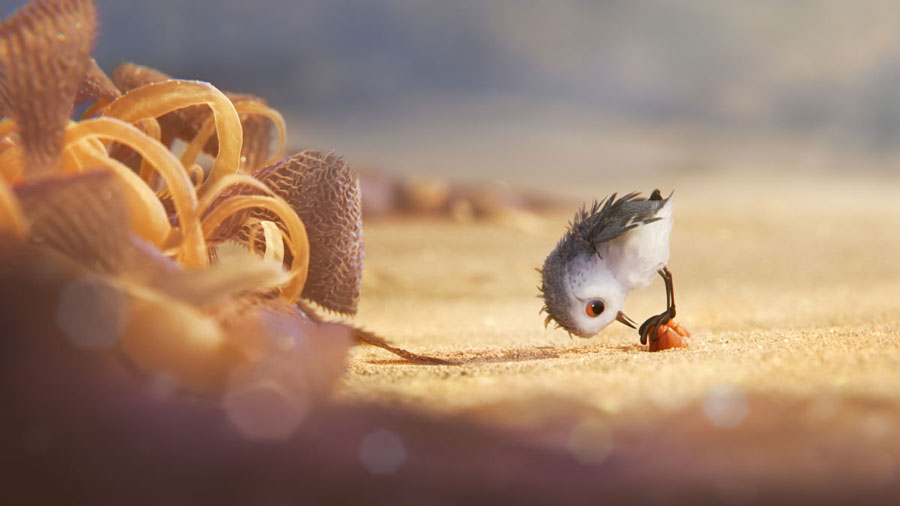 “Piper” is directed by Alan Barillaro up at Pixar. He talked with the USA Today and shared that the basic idea for the short came to him while watching birds on a beach in Northern California

“This is a story about conquering and overcoming your personal fears — in this case, the water. This is a tale of how to grow up in a world that seems so large and intimidating with the courage to get past those fears.

Those birds on the shore always looked like they were tearing around in fear, like they were scared of the water… I love playing with something people are familiar with, like a beach, and giving a new perspective, how that might feel as a bird that’s only four inches off the ground. The filmmaker in me wanted to have fun with that concept.”

It sounds like this will be another great Pixar film for the parental units while still having some elements that touch us as universally human. We’re less than 10 days away from seeing it for ourselves. We’re excited, are you?