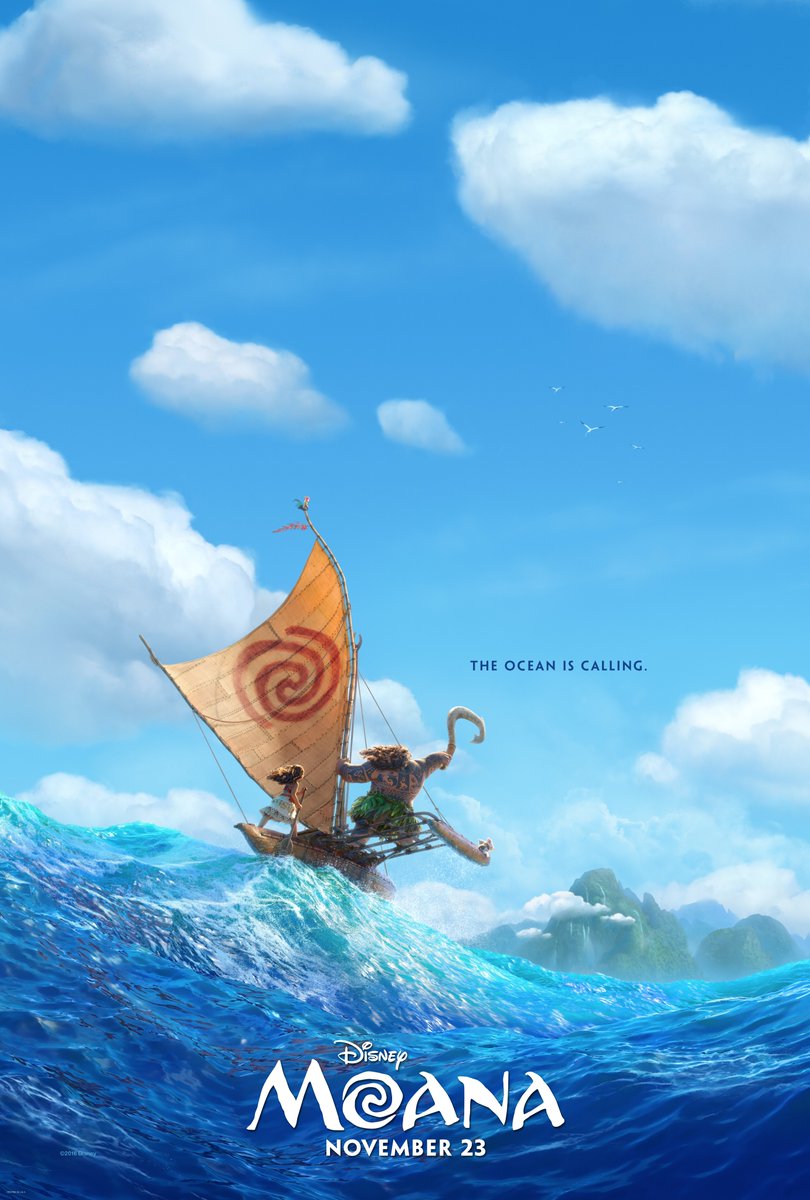 We’re excited to share with you the first official poster for Disney’s Moana. It features Moana (voice of Auli’i Cravalho) and the demigod Maui (voiced by Dwayne “The Rock” Johnson) on a boat sailing to fulfill the quest of Moana’s ancestors. Johnson shared on twitter that the first full teaser trailer for “Moana” will drop this Sunday.

From Walt Disney Animation Studios comes “Moana,” a sweeping, CG-animated feature film about an adventurous teenager who sails out on a daring mission to save her people. During her journey, Moana meets the once-mighty demigod Maui, who guides her in her quest to become a master wayfinder. Together, they sail across the open ocean on an action-packed voyage, encountering enormous monsters and impossible odds, and along the way, Moana fulfills the ancient quest of her ancestors and discovers the one thing she’s always sought: her own identity.

“Moana” directors Ron Clements and John Musker made their writing-directing debut on the 1986 feature “The Great Mouse Detective.” They went on to write and direct beloved Disney classics, including the undersea adventure “The Little Mermaid” in 1989, the hilarious hit “Aladdin” in 1992, 1997’s epic comedy “Hercules,” “Treasure Planet” in 2002, and most recently, 2009’s “The Princess and the Frog.”

Get ready for adventure when “Moana” sails into theaters on November 23, 2016.