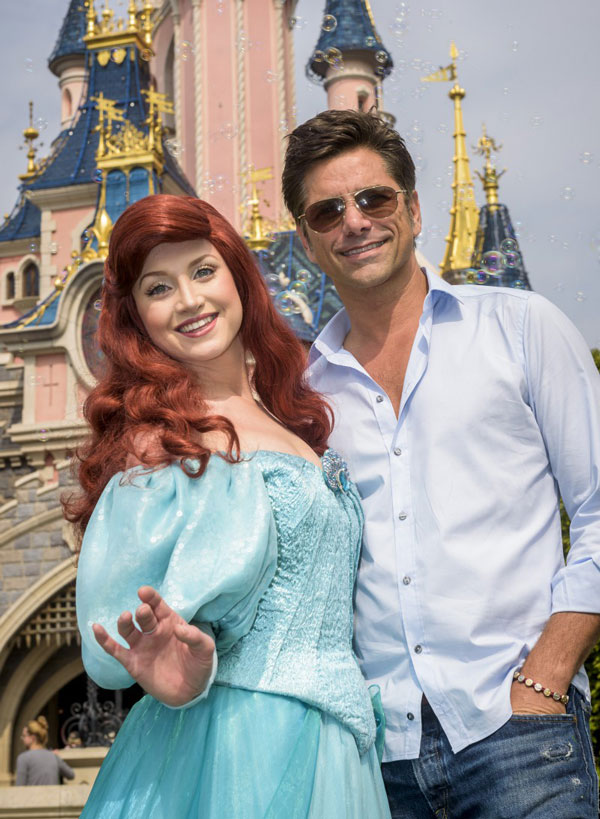 Last week, before his role as Chef Louis in the Little Mermaid in concert production at the Hollywood Bowl in Los Angeles, CA, John Stamos visited Disneyland Paris and met Ariel, the sophisticated Little Mermaid, in front of Sleeping Beauty Castle during a sunny family outing in both parks for the Swing into Spring festival.

Stamos recently played Jean Hamm (get it?) in Disney’s Galavant TV Series on ABC. He also revived his role of Jesse Katspolis for the revival series Fuller House on Netflix. Stamos’ is a big Disney fan, famously owning the former ‘Disneyland’ letters from the Disneyland Marquee that used to tower over Harbor Blvd in Anaheim, CA.

Here is LaughingPlace.com’s recap of The Little Mermaid in Concert at the Hollywood Bowl.