It’s always interesting to peek over the wall and see how the business community views The Walt Disney Company. For most of his life, Walt Disney struggled getting respect from his peers in the studio world. Walt’s brother Roy still managed to find financial support to build Disneyland. These days the Walt Disney Company would probably be unrecognizable to Walt and Roy just in terms of its scope and the franchise/brands it now owns.

The Harvard Business Review has an interesting article with a look into how the modern day Disney managed to recapture creative success after a period of doldrums in the late ’90s early ’00s.

“In fact, Iger reportedly noticed that Pixar’s hugely popular Toy Story characters appeared in the 2005 opening parade at Hong Kong Disneyland while recent Disney animated characters—for example, Lilo & Stitch, released in 2002—were MIA (although Mickey and pals were present and accounted for, of course). Iger could have continued trying to infuse Disney animation from within but he realized the best opportunities can sometimes be created through alliances with other businesses. So he struck a deal with then CEO Steve Jobs to buy Pixar.”

After some subsequent purchases, Disney now owns five movie brands: Lucasfilm, Marvel, Pixar, Disney Animation, and Walt Disney Pictures (family films). Disney monetizes these brands through as many outlets as possible – theme parks, movies, toys, leading to a 25% market share of the box office from the release of Star Wars: The Force Awakens through May 2016.

The article goes on to contrast Disney’s strategy with that of Warner Brothers studios, which provides an interesting contrast. Between Disney and Warner Brothers, which do you think is stuck in more of a rut? 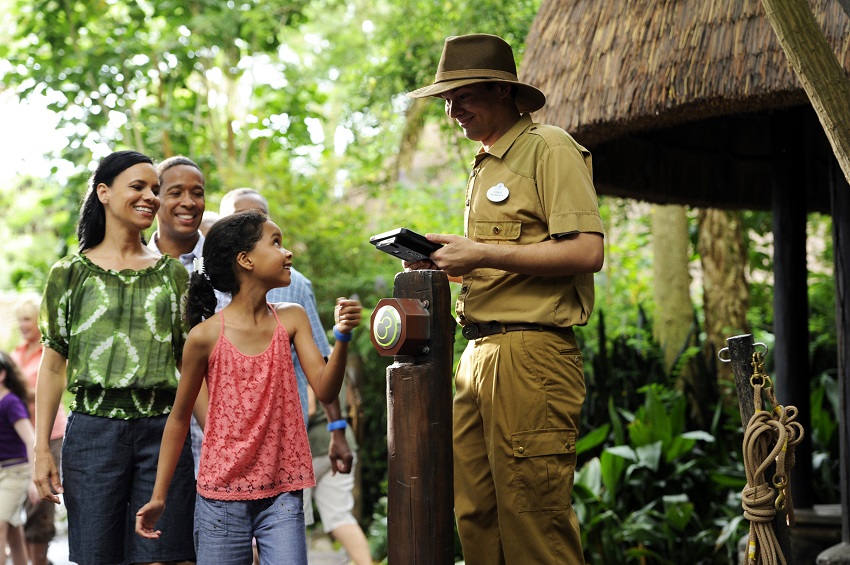 Disney has been in the business news a second time recently. The Disney’s management of theme park lines has been compared to the TSA’s management of airport security lines and wait times at Veterans Hospitals and it’s not looking good for the TSA or the VA.

In fact, in spite of a slip in attendance numbers in the first 3 months of 2016, Walt Disney Word has managed to squeeze more per-guest spending enough to bring an overall revenue gain of 4 percent, according to the article. In part this is due to Fastpass+ keeping people out of queues and in stores and restaurants spending money.

There follows a quick discussion of Disney’s Fastpass+ system and the interactive queue trend. The answer seems to be that early planners (a benefit earned by staying on property) get the most out of the system and last minute planners pay the biggest price in terms of how much they have to wait.

The question remains, is there something TSA could learn from Disney’s crowd management? What would you hope to see on your next visit through an airport security line?