As you’ve probably heard by now, the much anticipated water pageant coming to Disney’s Animal Kingdom has been delayed until they can work out some problems with the technology intended to make the show be one of the most uniquely beautiful experiences on property. The good news is that the technology that does work has been incorporated into a new show beginning this Saturday, May 28, 2016. “The Jungle Book: Alive with Magic” will celebrate Disney’s classic story and the much-celebrated live-action remake that is still out in theaters.

We’re excited to share a look behind the scenes at the making of the show:

A big thanks to Michael Jung, Executive Creative Director Walt Disney Imagineering and the show’s producer, and Mark Huffman, the show’s director, for showing the ability to pivot and still make magical memories for guests even when it looks like things just aren’t going right.

The show will feature four new barges, projections on a giant water screen, a new soundtrack that melds the sounds of India with songs from the film. Dozens of performers with vibrant costumes and props will also be featured in the colorful production. Here’s one of the barges waiting for the final touches to be added: 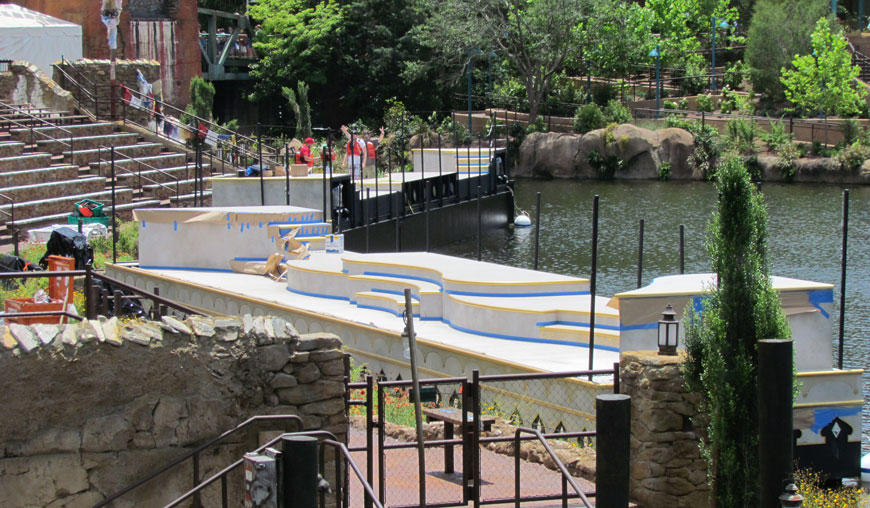 We did visit Disney’s Animal Kingdom and saw the team putting some final touches on the four barges that will be used in the show. Here’s our Facebook live video from that day:

Are you looking forward to seeing “The Jungle Book: Alive with Magic” at Disney’s Animal Kingdom?

1 thought on “Making The Jungle Book: Alive with Magic at Disney’s Animal Kingdom”