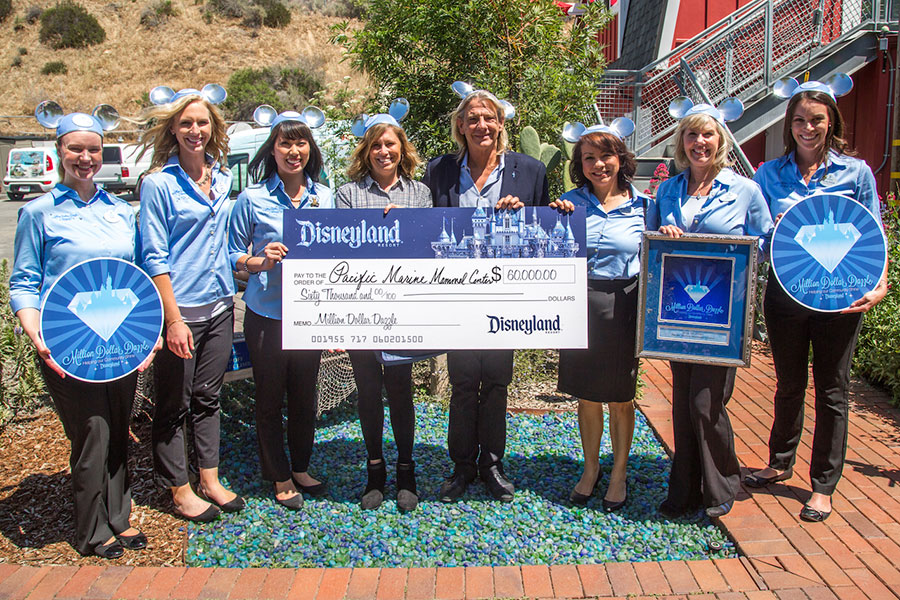 To celebrate its 60th birthday, the Disneyland Resort has been giving away a million dollars over the course of a year to worthy charities in the Southern California area. Usually the gifts are a surprise and the charity only learns of the donation when the Million Dollar Dazzle crew from Disneyland appears.

The April donation was the 11th gift in the program and the Pacific Marine Mammal Center in Laguna Beach, California was surprised with the gift of $60,000 to support the rehabilitation of rescued sea lions.

“This donation from the Disneyland Resort means we are going to be able to continue to bring in mammals that need rescuing,” said Keith Matassa, executive director of the Pacific Marine Mammal Center. “The money will go toward mammal care to ensure the mammals make it back to the wild where they belong.”

The Pacific Marine Mammal Center played has key role in helping sea lions since its founding in 1971. There have been large enough of animal rescues due to El Nino and similar ocean conditions resulting in short food supplies for Sea Lions and Seals. I’m sure this donation was a big help.

By the time the Disneyland Resort Diamond Celebration is over, the resort will have given away awards amounting to more than $1 million. What do you think of Disneyland’s efforts to help the community in 2016?