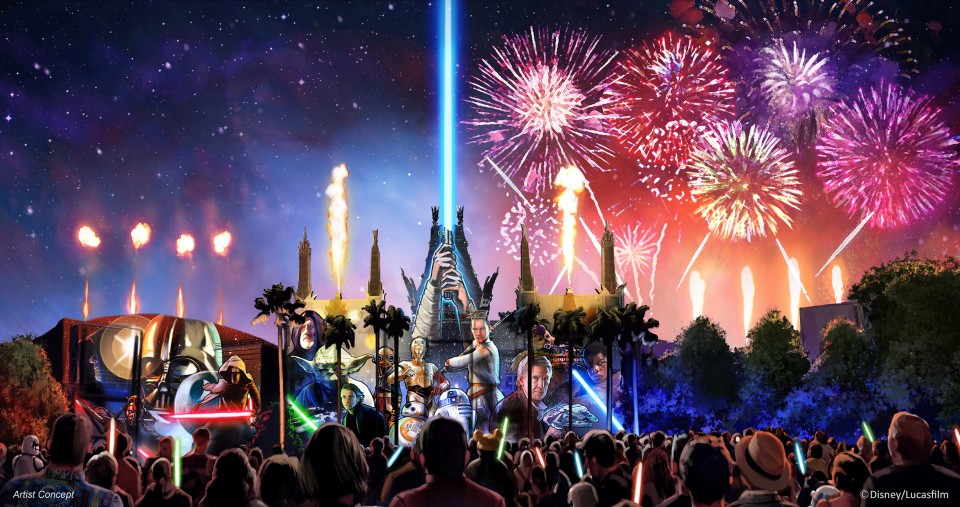 We’re keeping an eye on construction for this summer’s big new show at Disney’s Hollywood Studios – Star Wars: A Galactic Spectacular. It will feature fireworks, lasers, lights, and digitally mapped projections on the facades of Center Stage as it retells the story of the Star Wars saga featuring music and clips, plus some original footage filmed exclusively for the show.

We recently stopped by the park for a quick tour:

To get ready for the show, the park is adding two small towers in the center of the park, also known as Center Stage. We await the finished versions of these towers to see how well Disney is able to blend them into the park’s theme, but right now they stand out like two sore thumbs.

Already trees that provided some valuable shade in the area have been removed or seriously trimmed back to make way for the towers. The digital projection can map around some obstacles, but a whole tree right in front of it just had to go. 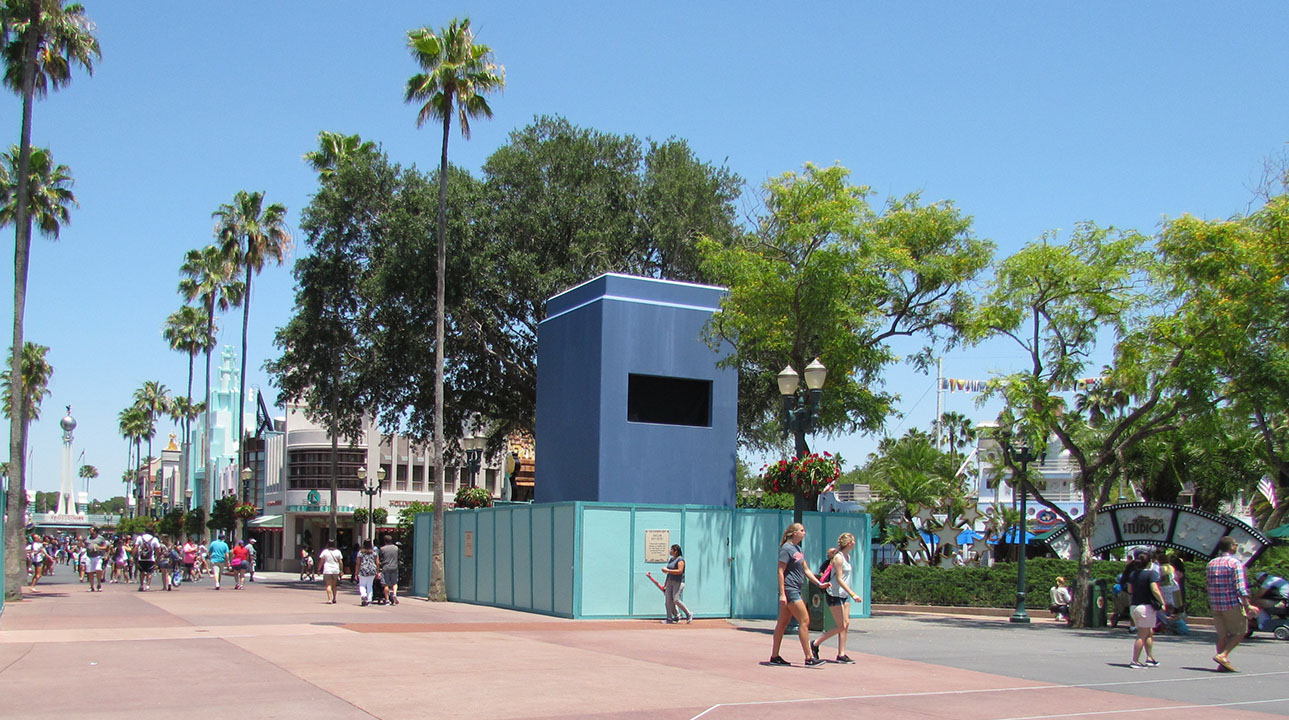 A large part of the show is projecting scenes from the Star Wars saga of movies onto buildings. As such two existing DHS buildings are getting makeovers to add more real estate for the projections. The show building for Great Movie Ride and the exhibit hall for One Man’s Dream will be growing. 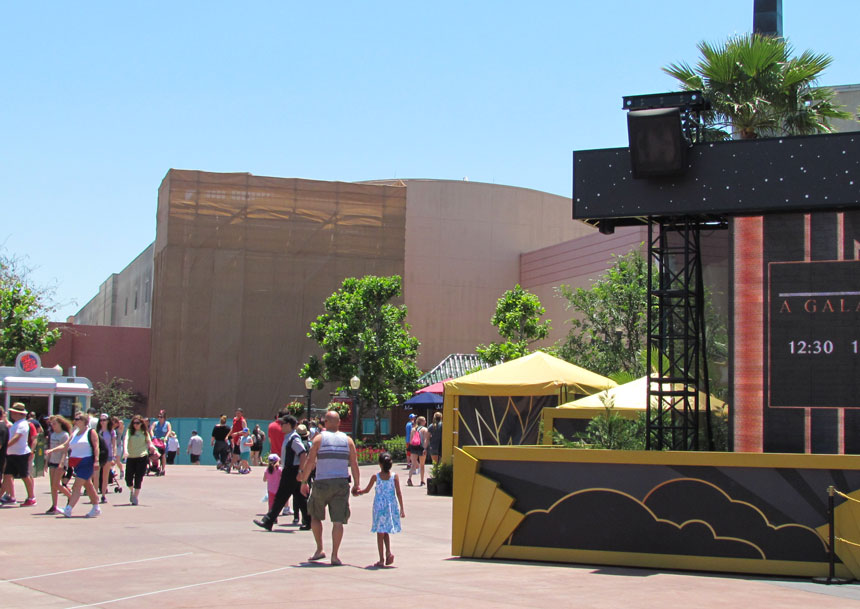 So far no official opening date has been set for “Star Wars: A Galactic Spectacular.” However, they’re endeavoring to get it open sometime this summer with sometime in June their real goal.

Based on the concept art and models I’ve seen, this will be a spectacular show that is a must-see for every guest. Unlike regular fireworks, to see the whole show, you’ll have to be standing somewhere in Center Stage area. The problem with that is Center Stage is rather limited in the amount of guests it can comfortably hold. Throw in reserved space for a dessert party and your really starting to limit the number of guests each show can accommodate. I predict early camping out will be required for this one.

Are you looking forward to the addition of digital mapping projection coming to Disney’s Hollywood Studios?