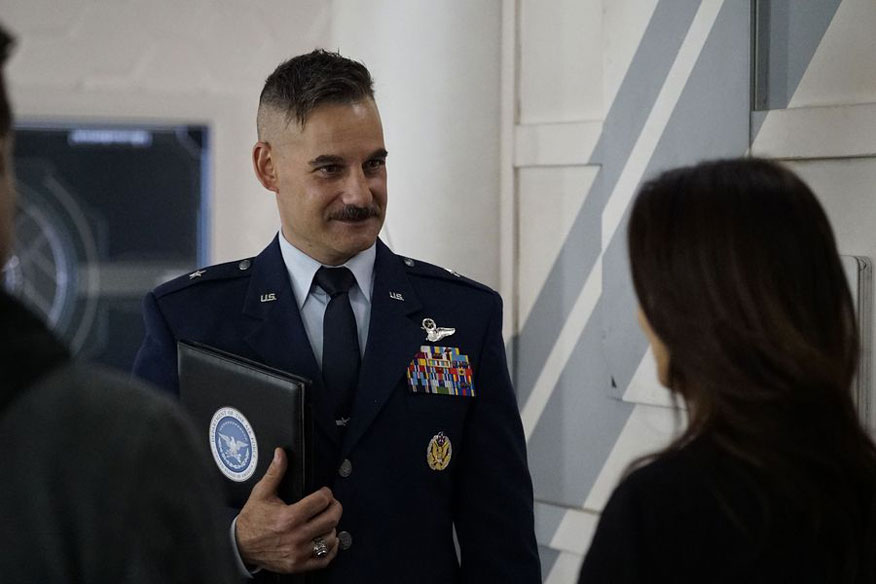 This week in Marvel’s Agents of SHIELD our team is dealing with the repercussions of Captain America: Civil War‘s Sokovia Accords. Talbot is back and insisting that the Inhumans Coulson has be registered.

Meanwhile, Daisy is having her blood drained so they can create more Inhumans while she tries to break into SHIELD’s security.

Lincoln is still locked up and pining for Daisy. He is able to connect with her and make a plan of escape.
Hive is busy rounding up a group of the Watchdogs to test his latest experiment on. The experiment doesn’t go exactly as planned but Hive considers it a success anyway. He now has a half-dozen Inhumans under his control even though they all look deformed. 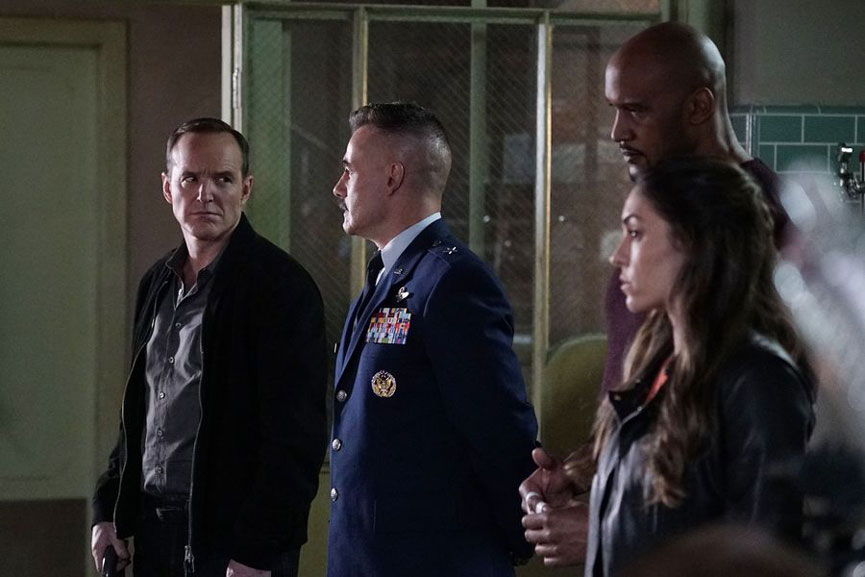 Coulson and Fitz-Simmons figure out that Lincoln has escaped and go after him. Fitz is able to lock Daisy out of SHIELD’s system but not the Quinjets. She leads Lincoln to the planes and the other agents show up just in time to watch the Quinjet fly off. Talbot is upset until May and Lincoln walk up. They put Lash on the Quinjet instead. Coulson, May and Lincoln have been planning this for awhile because Lincoln believes that Lash’s purpose is to kill Hive.

Lash does put a hurting on Hive and isn’t affected by his mind control but he doesn’t kill Hive. Instead he is able to free Daisy from Hive’s control. Unfortunately, just before they can leave, Lash is killed by the Australian who has been carrying around a fire chain like Ghost Rider.

Daisy escapes and heads back to the Playground. With the Intel Daisy provides, Fitz figures out Hive’s plan. He wants to turn a large portion of Earth’s population into his mind controlled Inhumans and if he can launch his Terrigen/blood mixture high enough in the air he will succeed. At this point, Talbot reveals that Hive recently stole a middle warhead. He now has the ability to make his plan succeed.

In the pre-credits scene we see Elena giving Mack her cross necklace. Why is this important? Because in Daisy’s vision of the future where an agent dies, the cross necklace is floating in mid-air. The foreshadowing is obvious but I wouldn’t be surprised to see the necklace change hands again before the end.

We’re almost done with the season, what have you thought so far?