Since Disney’s Frozen started dominating the box office in 2013, there’s been a steady stream of guests asking where they an get their photo taken with Anna & Elsa in the parks, then right after that, they want to know where they can see Olaf, the lovable Snowman. But it wasn’t until this week that you could give Olaf your own warm hug and snap a photo. Olaf, Mickey, & Minnie now have new photo opportunities in Disney’s Hollywood Studios.

The all new Celebrity Spotlight at DHS features meet and greets with Olaf, Mickey Mouse as Sorcerer Mickey, & the glamorous Minnie Mouse. Head over to the old American Idol audition area. On the Echo Lake side you’ll find the entrance to Olaf, while on the Commissary Lane side, you’ll find a queue for Mickey and Minnie.

Olaf appears in a beach scene living his dream “In Summer,” ready to give warm hugs to all his new friends. 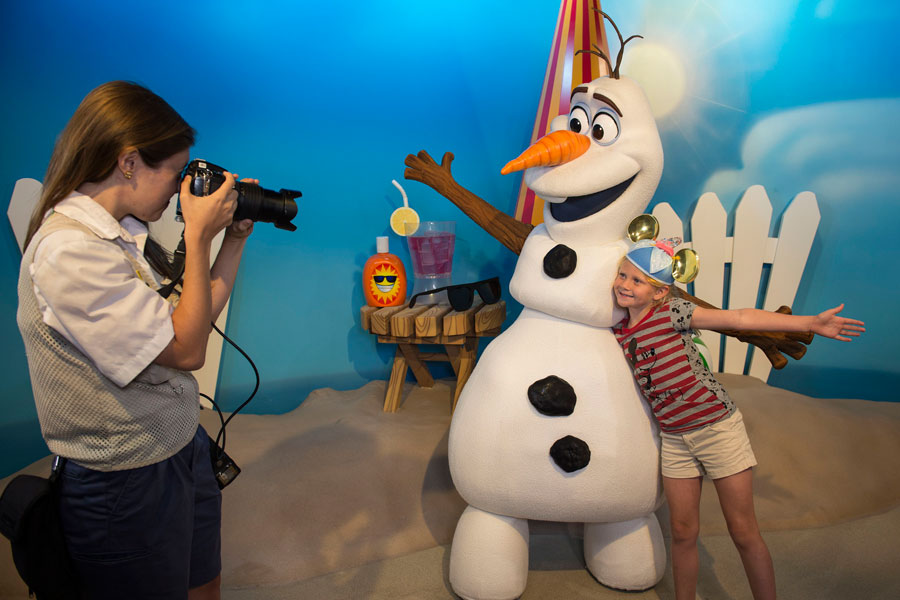 Minnie appears as a Tinsel Town starlet in a ritzy setting straight out of a colorful musical extravaganza. 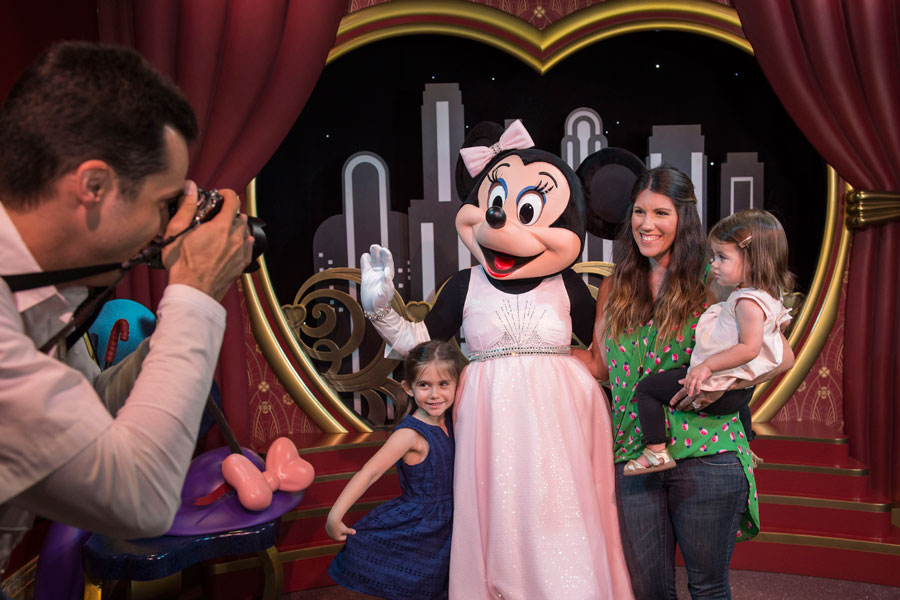 Mickey appears in a scene from “Fantasia,” where he’s portraying his iconic role of the Sorcerer’s Apprentice. I haven’t yet seen these photo spots in person, but they look good, definitely better than the tarp they used to string behind Mickey Mouse. Mickey and Minnie were booted from their last homes by the Star Wars Launch Bay. It’s nice that they finally have permanent homes again.