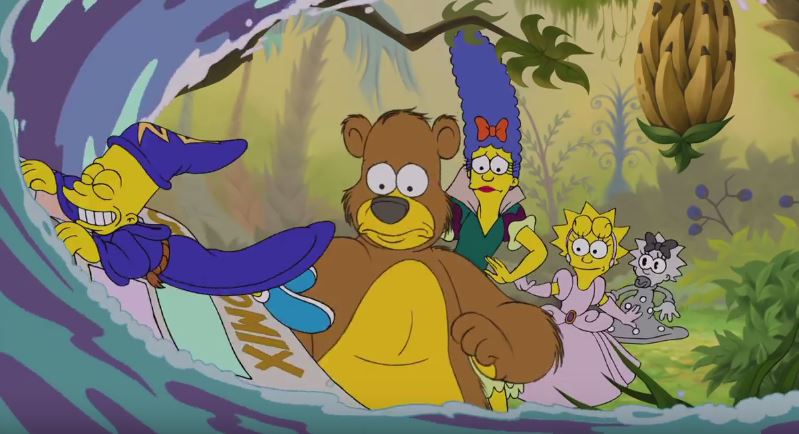 The Simpsons is network televisions longest running comedy at 27 seasons (and going). Over the years they’ve paid tribute to many different animation masters, but one had been left off the list. This week they finally got around to doing a Disney-inspired Couch Gag for their opening credits.

That was animation master Eric Goldberg (responsible for Aladdin’s Genie, Hercules’ Phil, and the “Rhapsody in Blue” sequence of Fantasia 2000 (to name a few)) behind the couch gag. As deft an homage to Disney’s classic animation as I’ve ever seen, and yet still perfectly capturing the Simpsons characters.

Among the references were Cinderella, Snow White and the Seven Dwarfs, The Jungle Book, and Fantasia, plus a terrific opening sequence that paid tribute to early black and white animation.

Of course, The Simpsons isn’t the only animated cartoon series to have done a tribute to Disney. FOX’s The Family Guy also did this back in 2009:

Yikes. Seth MacFarlane pulls no punches does he? Good thing we have Floyd Norman, former Disney animator, to rebut those accusations so eloquently.

Which do you like better, The Simpsons Couch Gag or The Family Guy’s spoof?