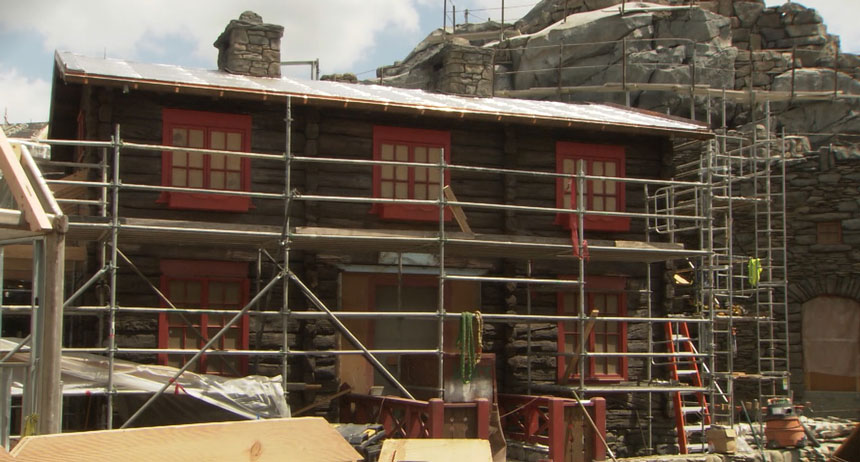 It is going to be a Frozen Summer at EPCOT. A new attraction will take guests to Arendelle and Queen Elsa’s ice palace and a brand new meet and greet will find Anna & Elsa visiting their Royal Sommerhus inspired by real buildings in Norway. I was able to briefly duck behind the construction wall at EPCOT as part of the Awaken Summer media event to learn some new details.

Thanks to Assistant Project Manager, Lauren Niederhiser, of Walt Disney Imagineering for filling us in on the above video. She also provided some additional details for both the attraction and the meet and greet.

Update: Here’s a piece of concept art that shows the Norway pavilion as it will look when both projects are finished: 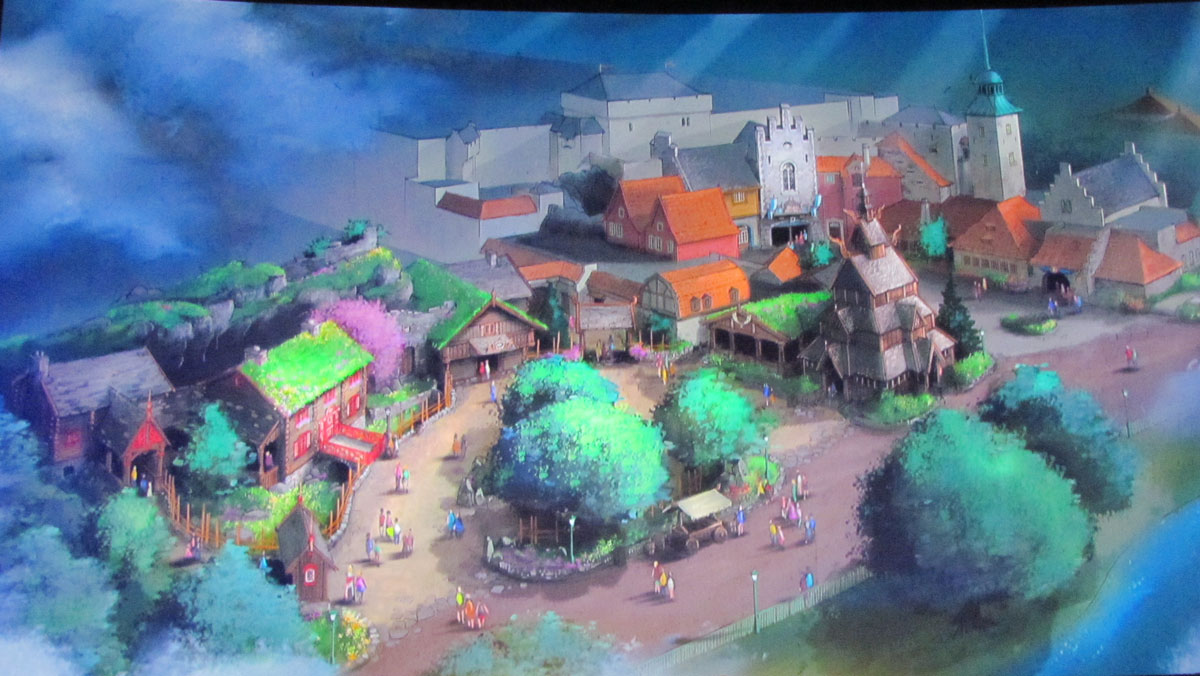 Starting with the new attraction — Frozen Ever After. As the name implies, the attraction is set after the events of the film. Guests will start in town of Arendelle at the castle. You board a boat and are then off to visit the rock trolls before climbing the north mountains to see Elsa’s Ice Palace where your favorite characters from the movie can be found. At the end you splash down back to a small town in Norway where you return to EPCOT. 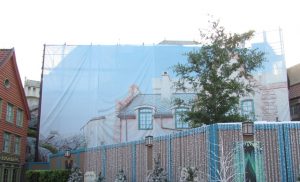 Now that the Royal Sisters can leave the palace, they are opening up the summer cabin. From the urban buildings of the Norway pavilion, you can walk over to the new Royal Sommerhus area, where the buildings are a bit more rural. This second area is inspired by buildings from the Trondheim region of Norway. 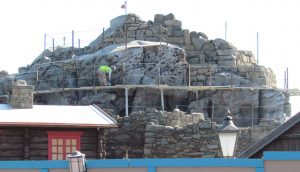 Among many other great details added to the meet and greet area are Runes Stones which were taken from Maelstrom. I love it when Disney Imagineers pass along bits of one attraction to another.

Right now Disney is planning to open both the ride and the meet and greet at the same time sometime later this summer.