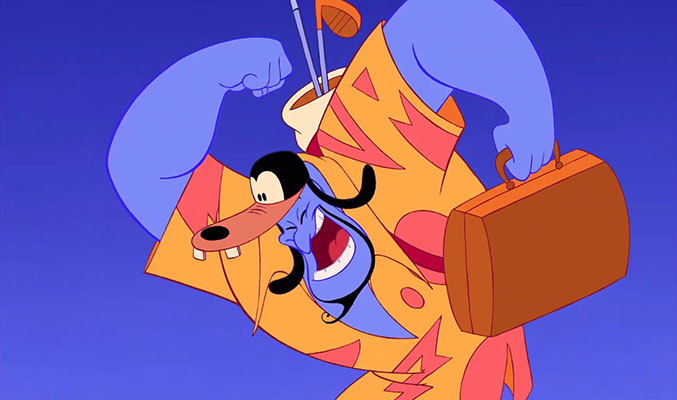 With Disney’s “The Jungle Book” swinging high in the box office, the studio has decided to put a few more live-action remakes on the schedule. It’s getting to the point where it’s difficult to keep track of what will be released when by Walt Disney Pictures (which doesn’t include Marvel, Star Wars, Pixar, Disney Animation, or Disneynature), but we’ll help you try and figure out which ones go where.

Up next is a list of Live-action Fairy Tale reboots or remakes that Disney is considering a ‘franchise’ of their own. These include movies in the vein of Beauty & The Beast, Cinderella, Maleficent, and The Jungle Book:

So what will fill these slots? Previously announced titles by Disney spinoffs like “Genie,” “Prince Charming,” and “Rose Red.” We know that there is a Tinker Bell movie, “Dumbo” (with Tim Burton directing!), and “Cruella” which retells 101 Dalmatians from her point of view (similar to Maleficent). Speaking of which we have “Maleficent 2” and “The Jungle Book 2” plus a sequel to Mary Poppins.

Original titles will include: “A Wrinkle in Time” which has Ava DuVernay attached to direct and Jennifer Lee writing, “The Jungle Cruise” that has Dwayne Johnson attached to star, “The Nutcracker and the Four Realms,” and the “Chronicles of Prydain” that Disney just bought the rights too.

Other rumored titles include a Peter Pan reboot, a Winnie the Pooh reboot, a Mulan and Pinocchio reboot, and a Sword in the Stone reboot.

It’s also interesting to note that two of these are to be released at Christmas, which had previously been reserved for Star Wars films. So perhaps once the Star Wars Han Solo spinoff runs in May of 2018, they’ll switch all StarWars films back to Memorial Day weekend, or there about.

My theory on why all the remakes and reboots, Disney has to introduce its titles to a new audience in Asia that doesn’t have the tradition of Disney animation that we do. Seeing Cinderella in Live-Action will make it easier for Disney to introduce animated classics going forward though. The same can be said for domestic audiences of a younger age. In the past they would have seen a re-release of an animated classic in the theater, but now they’ve only see seen some of them on the small screen. This gives those audiences a chance to fall in love with the stories and characters anew. If it continues to work out as planned, I’m all for it.

What do you think of the newly released slate?