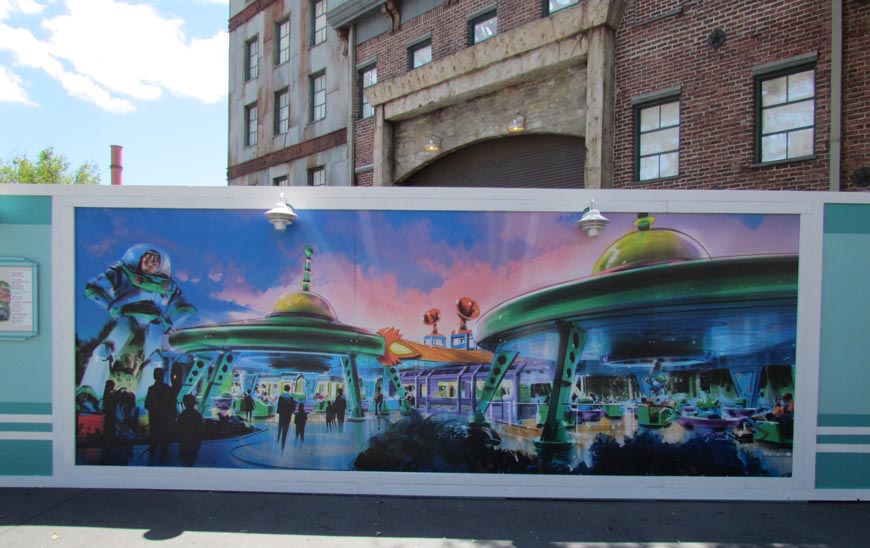 We’re just a few days into the major construction project that will eventually transform the third Walt Disney World theme park gate, Disney’s Hollywood Studios, into a mix of attractions and entertainment guaranteed to attraction guests for decades to come.

The two new lands are based on two of the most popular franchises in the Disney library – Pixar’s Toy Story and Lucasfilm’s Star Wars. While the location of Toy Story land is fairly well known (it will go on the opposite side of the Toy Story Midway Mania building replacing backstage buildings and that you used to see on the Backlot Tram Tour), it looks like Star Wars land is not going where it was originally believed.

The reason we think that is this little corner of concept art that was added to the walls. That’s Toy Story Land to the right, but up in the upper left corner are some structures that look very much like some of the concept art used to promote the Star Wars themed-land. It was originally thought that a plot of land would exist between the two, but now it looks like the 14 acres of Star Wars will abut Toy Story Land. That means it’s possible that the 14-acre expansion could possibly fit within the existing ‘birm’ of the park. If so, what does that mean about the plans we saw for a re-routed entrance to the park? Until we see actual blueprints submitted to the county for construction we just won’t know.

Meanwhile, there are lots of walls up around the former Streets of America area. The Premiere Theater is already demolished and so is Catastrophe Canyon. We’ll be visiting frequently and looking for additional progress on this project as well as keeping our ears to the ground for any interesting rumors. 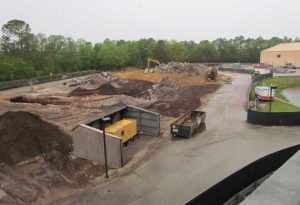 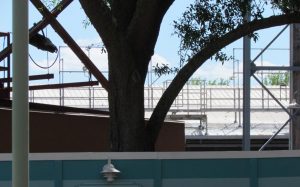 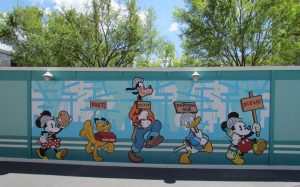 At least the wall decor is cute 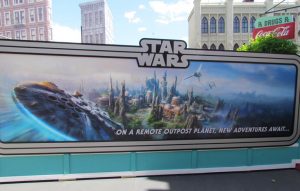 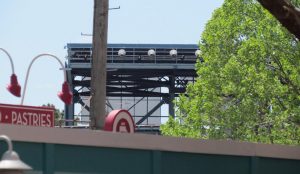 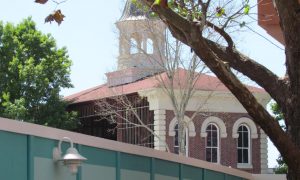 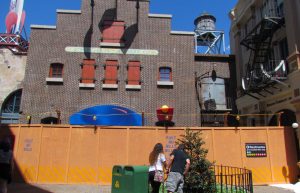 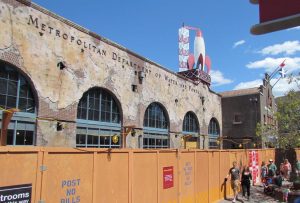 We are told it will return as a restaurant, but not Pizza Planet

No official date has been set for the opening of either major expansion. But it’s our understanding that Disney has done some trimming of budgets for both projects in hopes that it can get done as quickly as possible. That seems counter-intuitive, but if you’re doing less land-moving, that means you can start going vertical earlier. And that’s what we want to see, vertical construction beginning on both of these projects.

What are you hoping for Toy Story Land and Star Wears Land and how they’ll transform the park?