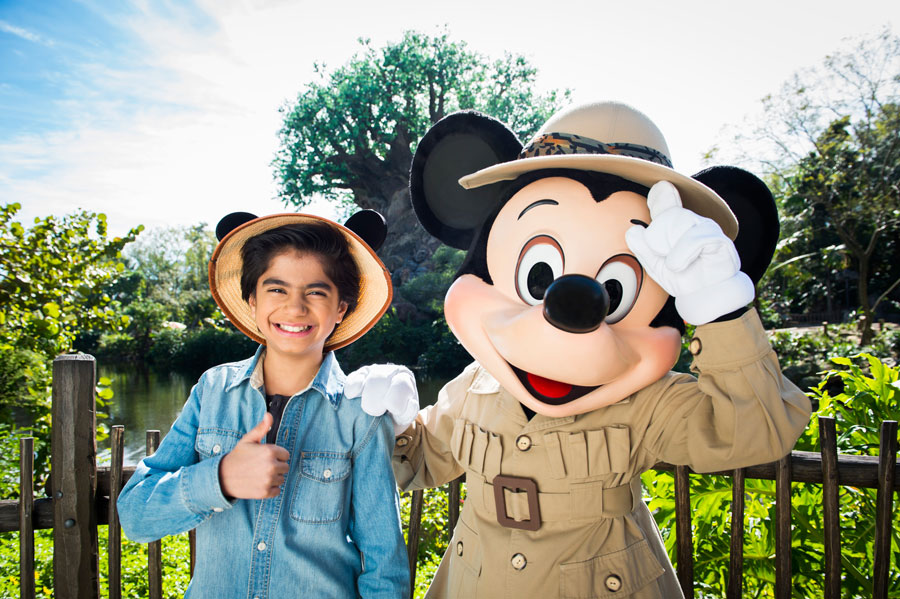 A few weeks ago Neel Sethi, the young actor who stars as Mowgli in Disney’s new digital animation masterpiece “The Jungle Book” visited Disney’s Animal Kingdom for a little R-n-R. He did pause long enough to meet Mickey Mouse and give a quick interview where he talked about what he loved about the movie and Disney theme parks:

Sethi was only 9 when he was cast for Jon Favreau’s take on the Disney animated feature. He’s 12 now and clearly ready to get back on the big screen. That’s a good thing since Disney has already approved a sequel to “The Jungle Book.”

With both “Zootopia” and “The Jungle Book” featuring talking animals it may seem like they’re not a good fit for an attraction at Disney’s Animal Kingdom. However, I think a new land that features fantasy animals could house attractions for both movies. Where would you put an attraction based on the new take on “The Jungle Book.”